Stephen Ferris reckons Ireland’s back row needs a reboot and that Peter O’Mahony and CJ Stander’s places are in danger.

The Munster duo were stand-out performers during Ireland’s stellar 2018 and both have helped their club to the Champions Cup semi-finals for three years in a row.

However, Ferris, who won 35 Ireland caps in the back row between 2006 and 2012, feels that they are far from their best.

Joe Schmidt is already without injured flankers Dan Leavy and Sean O’Brien for the tournament, which starts for Ireland on 22 September.

"If Ireland were playing next week in the World Cup against Scotland, for me [the back row] would be Josh van der Flier, Rhys Ruddock and Jack Conan," Ferris told the RTÉ Rugby podcast.

"We all know Peter O’Mahony has been superb over the last couple of years [but] he’s just lacking a bit of form, he’s been slightly off the pace in the last number of games of the season and if you are going on form, as it is at the moment [he wouldn’t be in the team].

"A lot could change in the four warm-up games.

"We all know how much of a warrior Peter is, how much of a leader he is, how good he is in the lineout but he doesn’t carry much ball.

"If you were going around the room and pointing at people, who’s going to carry and who is going to run through brick walls for you? 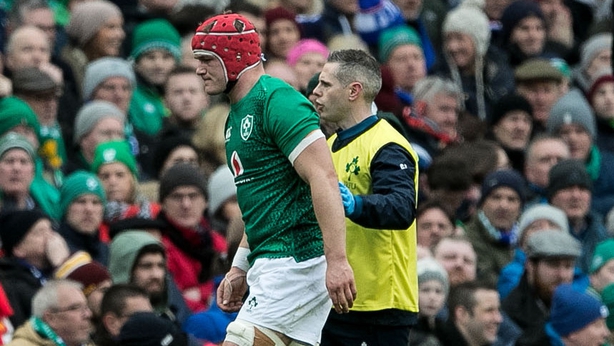 "CJ Stander is that guy who can do that for you but at the minute, [he’s not] on form.

"Paul O'Connell said it every time before we left to run out to the pitch - if you win the breakdown you generally win the match.

"Who wins the breakdown? It's generally the back row players.

"It all about a balancing act. The back row has to have Josh van der Flier at 7 and then you need two big guys who are going to carry and going to muscle-up minute in, minute out in these big Test matches.

"That’s a decision Joe has to make.

"But if Josh van der Flier gets injured, and we all know he is susceptible to injuries, there could be a little bit of a crisis at 7 because there isn’t that much experience of other guys there playing at the top top level with 7 on their backs.

"There is a lot of talent there but we definitely can’t afford to lose too many more bodies."