Johnny Sexton hailed Leinster for bouncing back from the lowest day of their careers to reclaim the Guinness PRO14 title.

His side suffered heartache a fortnight ago as they surrendered the Heineken Champions Cup they won 12 months ago to Saracens in Newcastle.

But they made sure there was no repeat with their league crown as they took on Glasgow in their own back yard at Celtic Park.

Yet relentless Leinster struck back immediately through Garry Ringrose and went on to bludgeon their way to victory, with Cian Healy scoring the crucial second.

Sexton said: "This keeps the Leinster momentum going. We can say we've been to four finals in two seasons and won three. That's a really good return.

"If we'd come away from two out of four we'd be going into next season empty handed, so this changes our summer holidays. 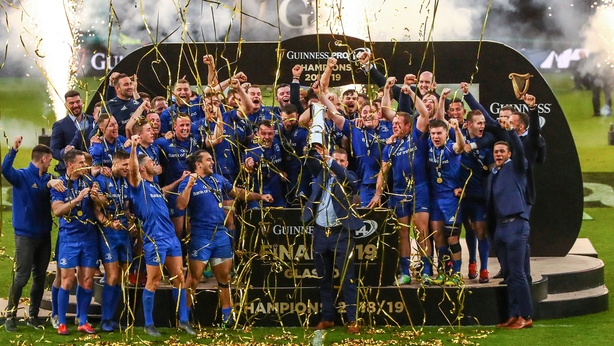 "I'm very proud of the lads for the way we bounced back after what was probably the lowest point of all our careers really in terms of losing a European Cup final."

Leinster coach Leo Cullen also praised his men for their strength of character.

He said: "It wasn't the prettiest of games but I thought the players have applied themselves unbelievably well over the last couple of weeks after losing a final."

Glasgow took the lead with 14 minutes on the clock as Fagerson dived over but let Leinster back in straight away when Stuart Hogg's kick was chased down, allowing Ringrose to score.

Healy powered over as Leinster grabbed hold of the clash.

There was drama with 15 minutes left when Hogg - in his final Glasgow game before joining Exeter - had to go off after being wiped out by Rob Kearney in the air but the Ireland full-back escaped with just a yellow card.

Glasgow still managed to trim the deficit back to three with Stewart's late try but Rennie refused to point the finger of blame at referee Nigel Owens. 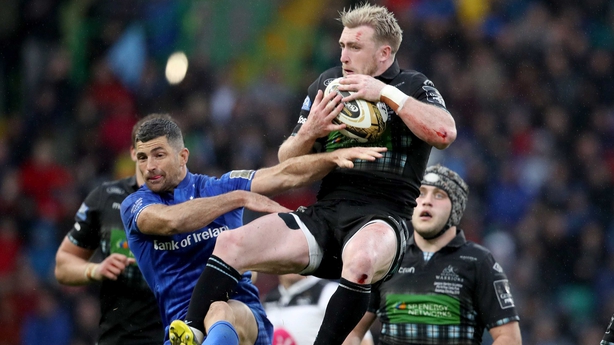 Instead, he said: "We've played a lot better footy than that over the last month. We made too many errors. We handed them the ball eight or nine times tonight and you can't afford to do that in a final."

On the Kearney challenge, he said: "These decisions seem different every time you see a game. I guess the telling thing from that was that we lost Hoggy from that incident.

"The officials saw it as a yellow. We'll have to live with that and no doubt there will be more debate about it.

"I think if we had played better we might have seen him bow out in a better manner. The disappointing thing from our point of view is that we could have played a lot better because we only lost by three. We're disappointed and disappointed for Hoggy."