Dave Rennie has urged his Glasgow players to put on a show for Exeter-bound Stuart Hogg as he prepares to bring the curtain down on his Warriors career.

The Scotland star will call time on his nine-year Scotstoun stint after Saturday's Guinness PRO14 grand final at Celtic Park.

The British and Irish Lion is hoping to depart with a second league winners' medal tucked away in his bags but Irish giants Leinster stand in the way as Glasgow look to repeat their 2015 triumph.

Rennie admits he had been forced to tell the "excitable" 26-year-old to calm down at times during the build up to the Parkhead showdown.

But now he wants the rest of his squad to ramp up their effort levels and make sure Hogg goes out on a high.

"We tried to put the brakes on Stuart today," said Rennie after getting his first look round Celtic's 60,000-seater home. "He went berserk yesterday at training, putting in some massive high-speed numbers.

"He's seen that the field is a little bit shorter (at Celtic Park) so he was lining up some kicks from the opposition 22m line type of thing.

"He's an excitement machine. He's desperate to go out on a big note and all we need him to do is to play as well as he has in the last few weeks and hopefully it's enough.

"It would be brilliant for him to end with a trophy. It's as much about the environment, the occasion, and the quality of the opposition too.

"Leinster are a massive powerhouse in European rugby, they won the title last year and they're going to be tough to roll.

"It's nice that we're at home and we've got plenty to play for as well as Hoggy leaving. I expect to see the boys front up." 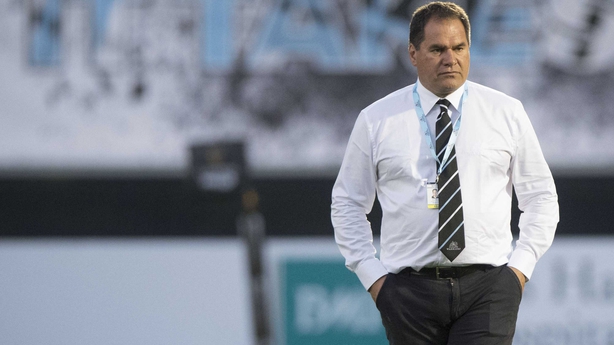 Hogg may be the only member of Rennie's squad who has to fend off autograph hunters any time he ventures into the centre of Glasgow given the city's famous preference for its two big football clubs.

But the fact more than 43,000 tickets for Saturday's final have already been sold has impressed the head coach.

Now he hopes Celtic Park's famous roar can inspire his team to victory.

He said: "The field is immaculate and the stadium has a bit of a South African feel to it with the massive stadium, high walls and the crowd being really close.

"It will be pretty special when it's full.

"There's a lot of excitement clearly. We're where we want to be. We've talked about trying to put ourselves in a final at home so it's clear that there's excitement.

"We're ready to go and have plenty in the tank.

"But having 40-odd thousand here, 50-odd down the road (at Hampden for the Scottish Cup final), that's a hell of an effort from the Glasgow community.

"Maybe it can be a bit of a blessing being in Glasgow with such a football focus that we can walk around with no-one having a clue who we are.

"So to be able to stage a massive game here is special and we're racked that we can be a part of it."
Rennie has stuck with the same XV that stormed past semi-final opponents Ulster last week with a 50-20 triumph.

But he admits his team will have to up their game if they are to get the better of Leo Cullen's Dublin powerhouse.

He said: "It's hard to accurately say what more we need but we know we can play a lot better than last week.

"We think we can defend better but we were really clinical. That's important in big games.

"I don't imagine we'll get the number of openings we did last week but if we get two or three we need to nail them and that's an area we've been really good at over the last month."