David Nucifora is daring to dream that Ireland can win the Rugby World Cup in Japan.

The IRFU's high-performance director signed a three-year extension to his contract this week and spoke to RTÉ's Michael Corcoran at length about progress made, plans for the future, and his absolute belief that Joe Schmidt's men can go all the way in the autumn.

"You have to dare  dream," said Nucifora, who was a member of the Australian squad that won the World Cup in 1991.

"You have to. I remember sitting here five years ago and people asking me about World Cups and things. You all thought I was dreaming then!

"Things are achievable, they're attainable. We've got to back ourselves. We're in that ball park of being able to achieve those sorts of things. We're going to be a very well prepared side going to Japan.

"We've tried to cater for all those things this time around but we are going there in a very positive frame of mind." 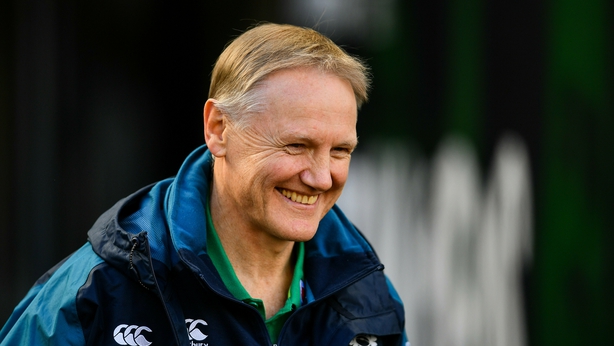 Nucifora also reflected on the decisions of Jerry Flannery and Felix Jones to walk away from coaching positions at Munster. The province said both men "declined their respective contract offers".

"That's a personal decision for Jerry and Felix that they've decided not to stay on," added Nucifora.

"Munster would have liked them to have stayed but that decision has been made now. All we can do is look at what opportunity that presents to bring in the best coaches we can to help take Munster to that next level.

"Things have progressed to a reasonable level. There's a lot of work being done it at the moment, making sure we have the best coaches to support Johann and complement the skill sets he has.

"Coaching teams are like playing teams - you've got to make sure there's synergy. I'd be quietly confident that we're going to get a resolution to it reasonably quickly and it will be a good solution."

As for players moving between provinces in search of game time, the Australian stressed that it ultimately comes down to the individual.

Joey Carbery's switch to Munster and Jack McGrath's looming move to Ulster - both from Leinster - are two of the more high-profile recent transfers, though Nucifora insisted "the floodgates haven't opened".

"It always comes down to the player and player's choice," he said.

"All we've done is create a system that makes it possible. and raised the awareness of the benefits of it. After that you hand it over to the players. They are the ones making those decisions now. They're competitive animals who want to be playing at he highest level of the game.

"They understand that to do that sometimes they have to make changes or sacrifices. Floodgates haven't opened; we're not talking about enormous numbers.