As preparation goes in the build-up to an -provincial derby with your closest rivals and a Guinness Pro14 final spot up for grabs, Munster’s could have done without the news of a break-up in their coaching ticket.

Head coach Johann van Graan said he was "sad" earlier this week with forwards coach Jerry Flannery and backs coach Felix Jones will depart at the end of the current campaign.

The province insists "competitive terms" were rejected by the pair and the off-pitch matter has dominated the headlines as they prepare to take on the defeated Champions Cup finalists at the RDS on Saturday.

Leo Cullen’s side will be hoping to bounce back from the loss to Saracens in what is a repeat of last year’s semi-final when the hosts prevailed despite a spirited fightback.

While the players and coaches have maintained a steely focus on their job at hand, captain Peter O’Mahony admits it is a blow to see two of his former team-mates move on to pastures new. 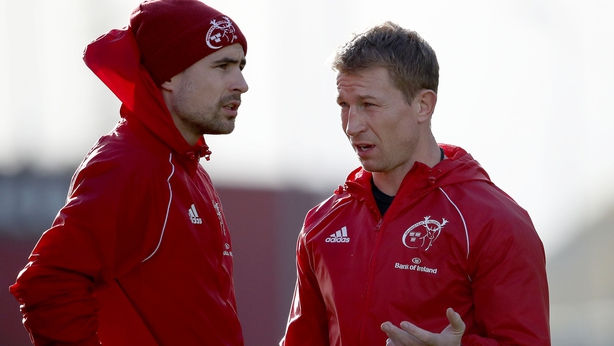 "We have had a great innings with the two lads," he told RTÉ Sport. "They have put their heart and soul into coaching us for the past couple of years, but they know, and we know, how big a week this is for us.

"To be fair to the two lads, they put it on the table for us. They said, ‘we’re here to do a job for the next two weeks, or however long it is’. That’s been their sole focus."

With Flannery a double-European Cup winner during a nine-year stint in red and Jones stationed in the province for the past decade, O’Mahony reiterated what "incredible servants" they have been to Munster rugby.

"We will be sad to see them go, but hopefully we can give them a good send off."

There is of course the small matter of final at stake and the visitors will need little reminding of their poor recent record in the capital.

In September 2008, Munster whitewashed a Leinster side whose backline read Dempsey, Horgan, O’Driscoll, Contepomi, Fitzgerald, Sexton and Whitaker but, since then, successes over the hosts have been few and far between.

The sides have met on 25 occasions in both competitions in the intervening 11 years, with Munster coming out on top just once on their travels. In two semi-finals and two finals in that period, the men in red have fallen short on each occasion.

O’Mahony says that while he considered Leinster "unlucky" in a few of the key moments against Saracens, he feels the loss will only sharpen their focus even further.

"They certainly don’t like losing. They will be out to prove a point, they are hurting. That will give you a different place to get energy from.

"These guys are used to backing up big games, whether they win or lose. 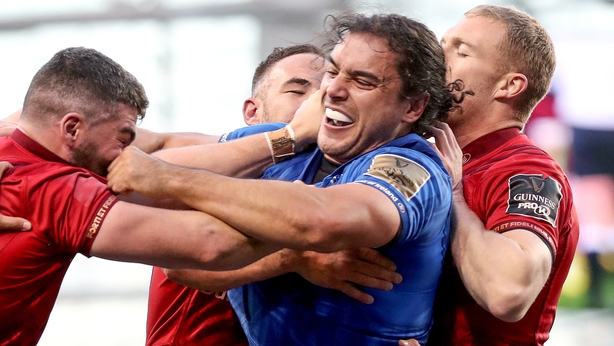 "We haven’t won in Dublin in a long so time, so we are under no illusions to how difficult this will be."

After struggling past Benetton, Munster were able to ease up on their schedule, only getting back into training towards the end of last week.

Entering their 47th week of the campaign, the Cork native admitted he feels as "refreshed as you can for this time of the year".

The wider picture for Irish rugby, with a World Cup on the horizon, is something that everyone concerned is acutely aware of.

The window for impressing Joe Schmidt and his coaching team is narrowing and the flanker says it adds more to the mix.

"The Irish staff obviously look at these [inter-provincial derbies] very closely. These are the big ones. Your performances throughout a season dictates a lot of the selections, but these are the games they really look upon."

Follow Glasgow v Ulster (7.35pm) on Friday with our live blog on RTÉ.ie and the RTÉ News Now App or listen to live coverage on 2fm's Game On. 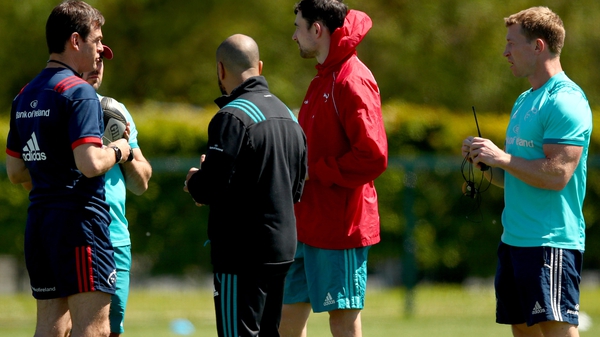 Munster coach Johann van Graan: 'We are here to do a job'