Mako Vunipola has been declared fit for Saracens' Heineken Champions Cup final against Leinster on Saturday after winning his battle with injury.

Vunipola has been troubled by successive ankle problems that first struck during the Six Nations and the European player of the year nominee played 62 minutes of last month's semi-final victory over Munster.

That has been the only appearance of his comeback after he was forced to withdraw from Saracens' line-up before facing Wasps 11 days ago.

But Saracens director of rugby Mark McCall has confirmed the Lions prop is available for selection to face the European champions with the only uncertainty hovering over flanker Michael Rhodes, who is struggling with a back problem.

"Mako looks good and has come through training very well. We fully expect him to be playing," McCall said.

"Michael Rhodes has a stiff back so we'll make a decision later in the week about him.

"Other than that we're OK, everyone else is fit and well." 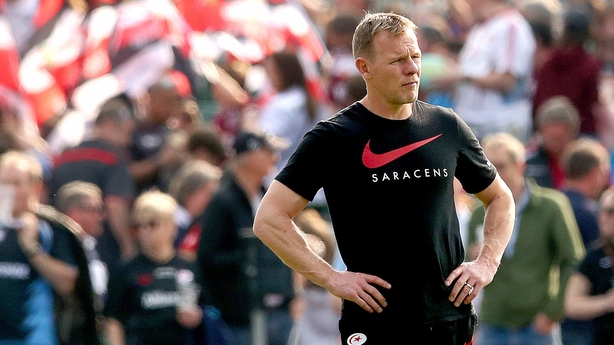 Saracens and Leinster have supplied five of the last eight European Cup winners and bookmakers are barely able to separate them ahead of their eagerly-awaited showdown in Newcastle.

It is the English champions who start as marginal favourites after establishing themselves as the dominant force in continental rugby in recent times, but McCall reveals their target was far more modest than dominating club rugby when he arrived at Allianz Park in 2009.

"The initial ambition was to make Saracens a more consistent club," McCall said.

"When this part of their history began in 2009 they had not won an away game in two years.

"They were this up and down team and that inconsistency came from a lack of continuity of people and no real clear way of doing things.

"The continuity, the cohesion in the staff and the playing group has ignited the change.

"In 2009 Saracens were not considered to be a European team, so to be talked about in the same breath as a Leinster, Munster, Toulouse – those great European teams - is fantastic.

"Our age profile helps. Our age profile is good, our leaders for the most part are 27, 28 and are very competitive, hungry, ambitious, want to get better, drive on and that’s the key thing."