Ulster stalwarts Rory Best and Darren Cave are set to make their final appearances at Kingspan Stadium on Saturday after being named in the squad to face Connacht in the Guinness Pro14 quarter-final (5.35pm).

The duo, who have made a combined total of 446 appearances for Ulster to date, have both announced that they will retire from club rugby at the end of the current season.

Best has returned from injury and will captain the side from his role at hooker.

He will be joined in the front row by Ross Kane and Eric O’Sullivan, while Iain Henderson and Kieran Treadwell are behind them

A loose forward combination of Nick Timoney, Jordi Murphy and Marcell Coetzee has been selected.

John Cooney and Billy Burns are re-instated into the half-back positions, with Stuart McCloskey and Luke Marshall partnered in midfield.

Academy players Michael Lowry and Robert Baloucoune will line out in the back three alongside Rob Lyttle.

Connacht have won the previous two encounters between the teams this season, including when the teams met in Belfast back in October.

However, Dan McFarland’s side have been in good form since the turn of the year and have lost just one Pro14 match since early January. 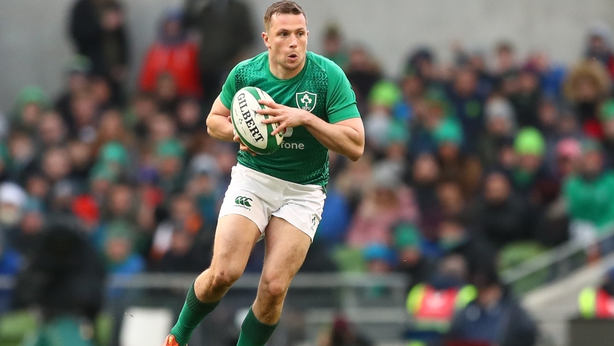 The inclusion of out-half Jack Carty is one of eight changes to the Connacht side.

Having been rested against Munster last weekend, Carty returns to form a half-back partnership with Kieran Marmion, with Caolin Blade named among the replacements.

Elsewhere in the back line, Tom Farrell comes back in to partner Bundee Aki in midfield.

There is one change in the back three from the side that played Munster last weekend with Matt Healy returning to the wing. Stephen Fitzgerald keeps his place on the opposite wing with Tiernan O’Halloran at full-back.

Up front prop Denis Buckley returns to the side as does hooker Dave Heffernan.

Tighthead Finlay Bealham showed no ill effect of his recent hand injury last time out and he retains his place in the front row.

In the back row, Colby Fainga’a is the only change as he comes in at openside with captain Jarrad Butler switching to number 8, while Eoin McKeon is named at blindside.