Ian Keatley hopes to conclude a 13-year professional career in Italy, but says adversity on the pitch has made him a stronger person off it.

The out-half will link up with Benetton Rugby next month after completing a three-month stay with Declan Kidney and Les Kiss at London Irish.

The chance to play regular rugby and get the club promoted, following the injury to Stephen Myler, was too good to turn down, and after eight years at Munster, Keatley is now preparing to set sail for pastures new in Italy.

"It’s an exciting time for my family and myself," he told the RTÉ Rugby podcast

"You can’t say too many times in your life that you move to another country, doing something that you love, getting paid for it, learning a new culture and language."

When I go and try to speak it I start thinking French, Irish...everything but Italian

His partner Lisa and young child weren’t uprooted to England, given the length of his contract at London Irish, but the time there did allow him to begin to get to grips with the Italian language.

"I’ve gotten better. I just can’t speak it. When I go and try to speak it I start thinking French, Irish...everything but Italian. I’ll get there once I’m immersed in it."

The 32-year-old has enjoyed a career with plenty of ups and downs.

He left Leinster in 2008 after the province signed Isa Nacewa as a 10, with Johnny Sexton and Felipe Contepomi already in their ranks, lining up with his Ireland U20 coaches Eric Elwood and Dan McFarland at Connacht. 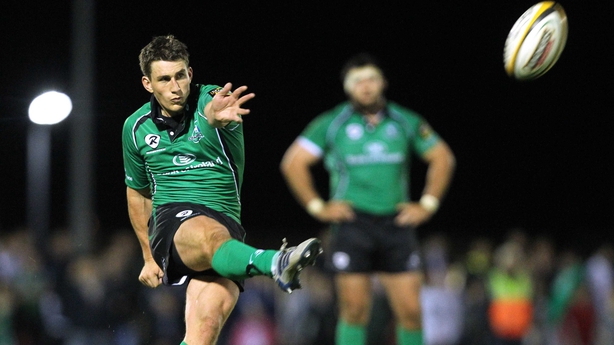 After three years at the Sportsground, he turned down the opportunity to return to his native province, instead spotting an opportunity to learn from Ronan O’Gara in the twilight of his career.

While he will depart Irish rugby without any Pro 14 or European silverware, the seven-cap international is more than pleased with how his career has unfolded.

"It’s been a great career. I remember when I first started off, I was like, ‘if I’m able to do this for 10 years, I’d be so grateful’. The average career of a rugby player is between six and seven years between injury and not getting employed again. 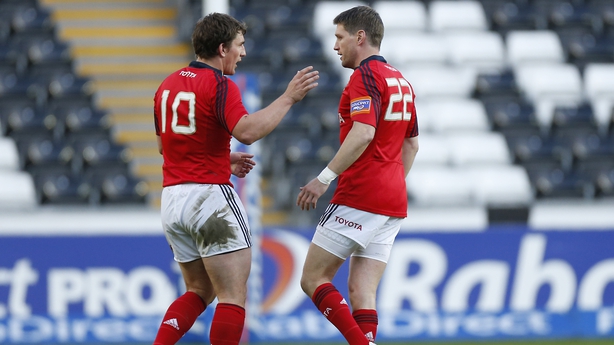 The former Belvedere College man would be the first to admit that there have been some difficult times since his professional bow in 2008.

Taking over the 10 jersey from O’Gara, at a time when Munster’s powers were on the wane saw the out-half become something of a lightning rod for criticism, especially with some challenging days off the kicking tee.

He has spoken previously of the impact of being booed in the 2015 Champions Cup defeat to Leicester but argues such kicking yips often masked decent performances.

"I never intended to have a bad performance. I never wanted to play poorly. I think the reason I got so upset after games when I didn’t play well was because you know you have let a lot of people down.

"A player never wants to do that. It was never through a lack of preparation or training. 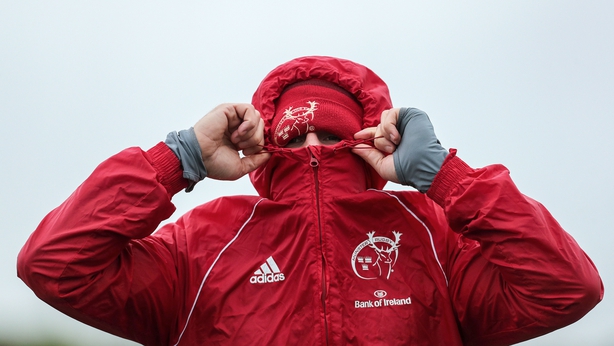 "People have said to me, via social media, ‘do you ever practice your place kicking?’ It couldn’t have been more the opposite. I found I often practiced too much and drove myself nuts by practicing.

"A lot of my performances when I kicked poorly, I actually played well, defended and attacked well, but I was mainly remembered for poor kicking. That’s frustrating. When you have a poor kicking game, that overshadows everything else you do.

"My cousin passed away two years ago through mental health issues and that has been another eye-opener for me.

"When you realise how short life is... I know players get down over their bad performance, I try and take a more positive outlook now because I know how it affects players when they have a poor performance."

I think I won Munster more games than I lost them

It may have been an uneasy process at the time trying to come to terms with the criticism while maintaining focus on his on-pitch duties, but the Dubliner believes the experiences have stood to him long-term.

"When I look back on it, I think I won Munster more games than I lost them, but it’s unfortunate that the ones you lost come back to haunt you,

"It’s made me a better and stronger person outside of rugby because of what has happened on the pitch."

Now outside the Munster bubble, he is in a position to offer perspective on a side that can’t seem to overcome semi-final hurdles.

Some have questioned whether Munster have moved away from their cultural values, but Keatley disputes this and believes the root of the problem is a lack of continuity at the helm, with Johann van Graan the fifth head coach since Declan Kideny departed following Munster’s Heineken Cup triumph in 2008.

"I think a bit more stability would help a little bit. Culture is found when you step into a place. When you get so many changes in coaches, they have their own beliefs.

"When a new coach comes in, the culture is affected a bit.

"The old Munster is still there."