Leinster's Noel Reid and Munster's Jaco Taute will join Leicester Tigers from the start of 2019/20 season.

Reid, who won an Ireland cap on the tour to Argentina in 2014, has played 120 times for Leinster since his debut against Aironi in October 2011.

He is enjoying one of his best seasons in a Leinster jersey, with 20 games to his name already this year including five in the Heineken Champions Cup.

Reid said: "I’m very excited to be joining a club like Leicester, with its history and success in the game, and to become a Tigers player next season.

"It's obviously sad to be leaving my home club and the club that I supported growing up.

"I've really enjoyed my time here working with brilliant coaches and great players, and playing in front of amazing supporters at the RDS and at the Aviva.

"So to move away from that is not a decision that I have taken lightly."

Reid, who turns 29 at the end of May, has scored 103 points for Leinster including 17 tries.

Leinster head coach Leo Cullen commented, "Noel has been a hugely important member of the Leinster squad over the last number of seasons, representing the team on 120 occasions to date.

"We all however understand Noel’s motivations for a fresh challenge and we wish him the very best with his move to Leicester.

"Before that we hope to share in some more big days together as we look to finish out the season strongly."

Leinster's next outing is Saturday's trip up to Ulster in the Guinness Pro14, while yesterday they booked a Heineken Champions Cup final spot by beating Toulouse, 30-12.

Geordan Murphy shares his thoughts on the trio of new additions to the squad for next season, announced earlier today, and looks ahead to this weekend's clash with Bristol and more in this week's edition of Coaches Corner on LTTV.

"He is a big, physical unit in the backline with extensive experience in the southern hemisphere and also at the top-end of European rugby."

All the best to @JacoTaute who is set to join @LeicesterTigers at the start of next season. Thanks for everything in red Jaco 👊🔴 #SUAF pic.twitter.com/oqzERWIDRP

Elsewhere, former Munster scrum-half Duncan Casey has announced his will retire at the end of the season.

Casey, 28, currently playing with Grenoble, said: "I'll be retiring at the end of the season after six brilliant years of pro rugby.

"How lucky I've been to experience so many things I flogged myself for years to achieve but never thought I could.

"Thanks Munster and Grenoble for allowing me to have the job every boy dreams of having." 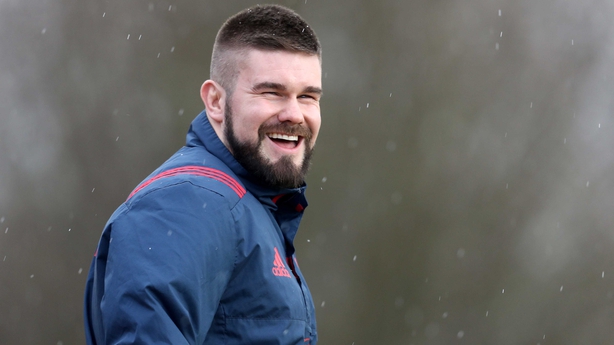