Bernard Jackman believes Ulster will find it difficult to bounce back from their disappointing European exit when they travel to Glasgow this weekend as they resume Guinness Pro14 action.

Dan McFarland’s side pushed the reigning champions all the way last weekend, but face back into domestic duties in second place in Conference B, 18 points behind Leinster.

There are just three games left in the regular season with Benetton within striking distance and Edinburgh and Scarlets still mathematically capable of overhauling the Irish province.

With games against Edinburgh and Leinster to conclude the Conference, it is a tricky run in and Jackman says McFarland has his work cut out to get the team back on track at Scotstoun.

"I’d say it’s nearly 90% psychological," the former Ireland international told 2fm's Game On when asked if it was mental or physical preparation which would be the biggest challenge at this stage of the season.

"Trying to get them refocused, to deal with that disappointment. And you have to deal with it, you can’t brush it away.

"It’s about getting them fresh and giving them a simple plan. They would have had that Leinster game plan in their head for the last three weeks.

"Given that Leinster may have qualified and might have other distractions, so two wins from three might be enough, but I don’t think they will get a win this weekend against Glasgow"

"It’s a very difficult game to get back on track, particularly with Glasgow hurting from what was a very poor performance away to Saracens."

Leo Cullen's charges host Benetton on at the RDS on Saturday night and Jackman argues that their dominant position could work in Ulster’s favour for when the sides meet at the end of the month at Kingspan Stadium.

"Given that Leinster may have qualified and might have other distractions, so two wins from three might be enough, but I don’t think they will get a win this weekend against Glasgow." 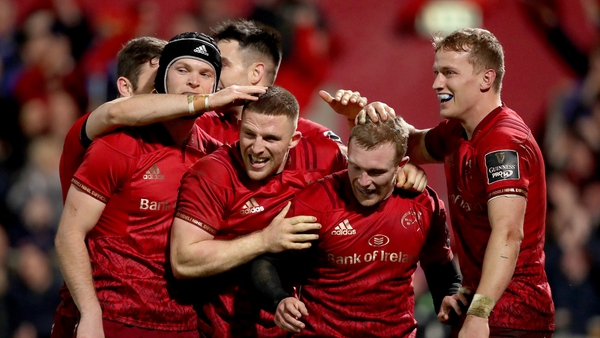