In a game decided by just three points, there are many incidents which could be considered game-changing in Leinster's defeat of Ulster. One however stood out among the rest.

With a 13-11 interval lead, the visitors looked like they had stretched that advantage when Jacob Stockdale raced through the Leinster cover, evading the clutches of Jordan Larmour to touch down for a try despite the close attentions of Dave Kearney.

Leinster however weren't convinced of a grounding and Stockdale's expression suggested he knew the same. Romain Poite went to the TMO and sure enough, the replays showed that the Ireland winger lost control at the crucial moment.

"I was wondering, 'has he bounced it off the ground or has he dropped it?' Leinster head coach Leo Cullen said afterwards. "You could see there was something fishy about it.

"It's not great for us to have to rely on errors from the opposition like that. We probably could have solved that a little better on the edge so that doesn't get away in the first place."

Stockdale's error was compounded when Adam Byrne crossed soon after at the other end of the pitch, but Dan McFarland wouldn't point the finger of blame at his winger. 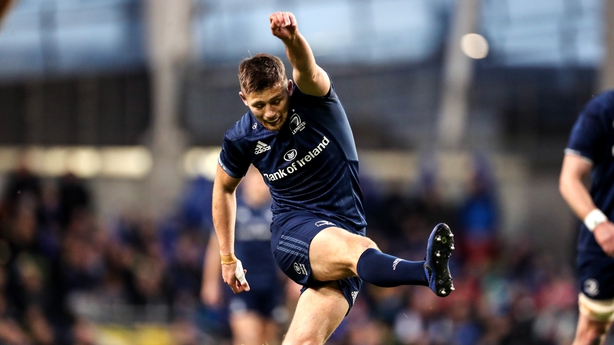 The Ulster head coach admitted Stockdale was "very, very disappointed" in the changing room but argues there were a number of factors that contributed to the narrow defeat.

"I know what you want to say, but I'm not going to say it," he told RTÉ Sport.

"Not many people in the world could beat that many players, to even get into that position to put the ball down. I'm proud of Jacob. He played a great game and did a lot of really good things.

"These things happen...it was probably about three millimeters off his finger. It's a small thing, but there are so many other small things.

"He's disappointed but that's not the reason we lost the game. I'd say the key points in the first half, where in key collisions our contact wasn't good enough, and that's on me. I'm the coach in that area."

McFarland pinpointed poor work in the collisions in the first-half and their struggles in the air against the champions and said the better team won out.

"We didn't deserve to win because we didn't win."