Connacht boss Andy Friend was disappointed with the amount of mistakes his side made, as they exited the Challenge Cup on Friday night against Sale.

The Sharks were excellent in the first half, touching down twice via Byron McGuigan and Denny Solomona, before going into the interval 20-3 ahead.

Although the Irish province improved - scoring late on through Kyle Godwin - Sale had done enough to make it through to the last four where they will face either La Rochelle or Bristol.

"I thought we did fight in the second half but in finals footy, you can't make that many errors and expect to win."

Friend also defended his team selection after making a number of changes and resting some first-choice individuals.

He added: "We've done that all year. We've picked on what we believe is form and we are trying to build a squad as well.

"Yes, it's about today but it's also a long game there where you've got to give players opportunities. You've got to challenge players and give them their chance. Some take it, some need a bit more time, so that's something we will assess, but we are building a squad." 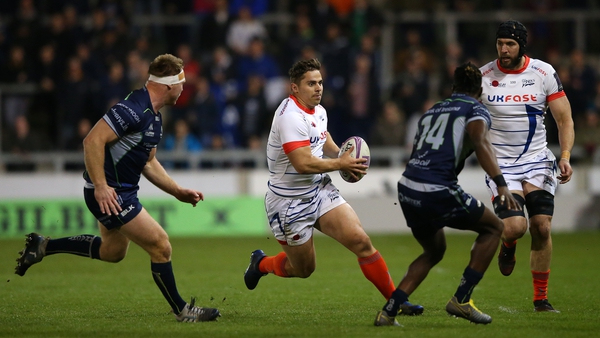