Ireland must accept the fact that teams have figured out their game plan and not be afraid to mix in new players before the World Cup, according to Eric Miller.

A poor showing in the Six Nations, where the template of the 2018 success appeared to be made redundant by heavy defeats to England and Wales, leaves Joe Schmidt with four friendly fixtures to introduce a refined plan ahead of the Japan tournament where a semi-final appearance is the goal.

Miller, a former Leinster, Ireland and Lions back rower, argues that the head coach needs to refresh both the game plan and even the personnel.

"It’s very hard to be critical of Joe Schmidt because I am a very big admirer of what he’s done and what he has brought," Miller told the RTÉ Rugby podcast.

"[But] I think there has to be a marrying of something.

"Taking into account what Joe Schmidt has done has worked a high percentage of the time and you can’t take that away from him and that bedrock is there, but I also think we need to do other things pre-World Cup to be able to express ourselves and maximize the talents of the group. 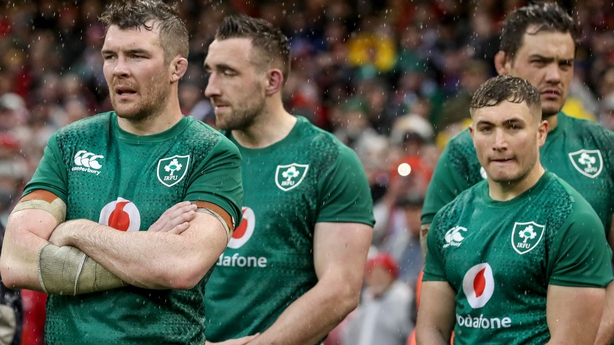 "Joe has found the recipe for success and said ‘this is the best way Ireland are going to be successful’ and that’s understandable.

"We’re not going to beat the All Blacks more than four or five times out of ten playing the same way.

"I can understand that he has maximized that pressure game that we’ve played but I think teams have found that out now and we have to adapt.

"It will be interesting to see how the guys express themselves going back to the provinces and how that gives him food for thought in terms of what two or three styles of play can we bring to a World Cup.

"He will have time with the players over the summer to harness a few things and there’s no one better than him [to do that]."

Miller added that introducing new players, with different skill-sets might offer some of the big-name players who struggled during the tournament a bit more space to prosper.

"There has been speculation and talk about the way Sean O’Brien came off the field [against Wales after a poor performance] and one or two other players," said Miller, now coaching Edenderry, Seapoint and CUS.

"If there is an underlying game plan that frees Sean up [then he should come back]. There’s that argument; [the other is] no, he’s had his day and it’s time to hang up his boots.

"I think things got a bit stale, not only with the game plan. There is an argument for saying, ‘within the group, are things a bit stale?’

"I think there’s no harm in a couple of fresh faces. 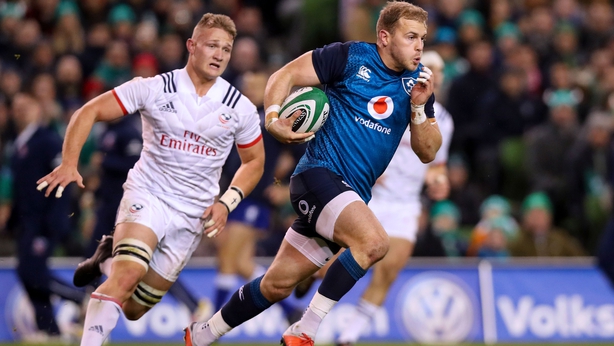 "Will Addison played full-back against the USA but if Ireland are thinking differently, and I’m just speculating, if Will Addison was seen as another centre/playmaker [could that work?]

"But Addison could be an excellent playmaker who could take the pressure off [Johnny] Sexton, potentially, if [Joe] was to think that way, in terms of an alternate plan.

"There is room for manoeuvre in terms of fresh faces but also for the likes of Addison who will get to express the subtle aspects of his game within a new framework.

"There are options within the group we have and maybe some young guys like [Leinster flanker] Scott Penney, one of these bolters may come through for the World Cup and you’ll see some of those guys step up before end of the Champions Cup."

You can listen to an extended interview with Eric Miller on the RTÉ Rugby podcast from tomorrow morning.