Ulster may have a rotten record in Dublin but Leinster know they can't afford to take them lightly in Saturday's Heineken Champions Cup quarter-final.

This weekend's visitors to the Aviva are unbeaten since last year's double winners accounted for them at the start of the year at the RDS, 40-7 in a Guinness Pro14 derby.

That fine run includes European wins against Racing 92 at Ravenhill and Leicester away but the fact remains that Ulster have not beaten Leinster on the road since March 2013.

"They are playing really good rugby at the moment, especially when they have front-foot ball," Leinster back Jordan Larmour said.

"They play a fast tempo, getting over the gainline, they’ve big ball-carriers, [Stuart] McCloskey in the centre, give him the ball and he’ll get over the gain line.

"And then the speedsters out wide. We’re going to have to be on our game, come up with a good game plan this week, keep building on and get to a sold out Aviva and let loose." 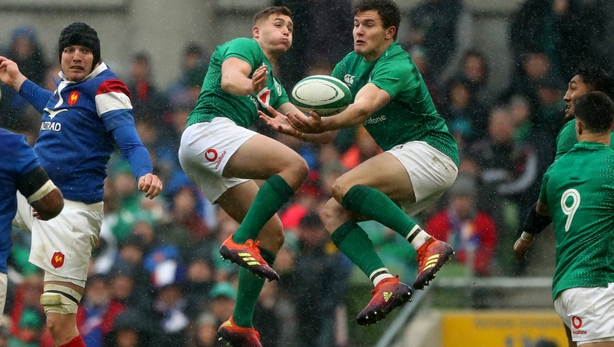 The 21-year-old, who is now a firm part of the Ireland match-day squad, knows he may well come up against international team-mate Jacob Stockdale on Saturday evening and it's a challenge he's relishing.

"Everyone knows he is a world class player, his skill set is good, good kicking game, good under the high ball and then obviously a top-class finisher," said the Dubliner, who is in line for his 34th appearance for the reigning champions.

"I actually played with him [for Ireland] Under 18s for a season and I think he scored a try every game, pretty much what he is doing now.

"We know him, we’ll do our homework on him and he’s a big player for them, big players step up for big games.

"We’re going to have to be ready when he gets the ball, it’s all hands on deck." 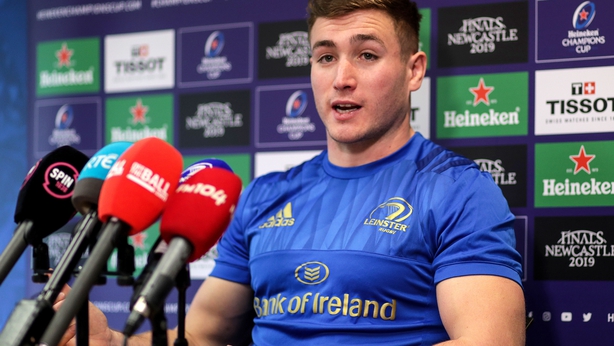 With Rob Kearney set to start at full-back, Larmour may find himself on the wing having found himself shuffling between the two positions this season.

At first inclined to deliver the old 'delighted to play anywhere' line, Larmour revealed his preference when pushed.

"I think it suits me there but just getting the chance to play anywhere and put your hand up and just keep getting selected.

These two will literally clash heads when they scrum down on Saturday, but who will come out the other side? ?? pic.twitter.com/e3ynOo7F9S