The Ireland number eight returns from Six Nations duty with Jack O’Donoghue making his first start since recovering from a serious knee injury.

There are seven changes to the side that faced Scarlets three weeks ago.

Mike Haley starts at full-back with Darren Sweetnam and Wootton on either flank. Rory Scannell and Dan Goggin continue their centre partnership with Alby Mathewson and Hanrahan in the half-backs.

Jeremy Loughman, Rhys Marshall and Archer pack down in the front row, while Fineen Wycherley moves into the second row and is partnered by Darren O’Shea.

It’s all change in the back row as O’Donoghue, Cloete and Stander complete the side.

Internationals Niall Scannell, John Ryan and Chris Farrell are among the replacements

Dan McFarland has made five changes in starting personnel as Ulster look to extend their unbeaten run of results when they host Isuzu Southern Kings at Kingspan Stadium on Saturday (kick-off 5.30pm).

The Guinness Pro14 clash will see the hosts look to boost their play-off bid as they occupy third position in Conference B and are unbeaten in their last six outings, their last only defeat of 2019 coming at the RDS in January.

Four of the five changes are in the pack where loosehead prop Andy Warwick, lock Ian Nagle and back rows Matty Rea and Marcell Coetzee are introduced.

The only alteration to the backline from the side that defeated Dragons is at scrumhalf, with Dave Shanahan coming in to partner Billy Burns at half back.

Rob Herring and Marty Moore will join Warwick in the front row, while captain Alan O’Connor partners Nagle in the second row. Nick Timoney, so impressive at Rodney Parade in his last outing, is named as the other loose forward.

Stuart McCloskey and Darren Cave continue in midfield, and pacey wingers Rob Lyttle and Rob Baloucoune are again selected in the back three alongside Louis Ludik.

John Andrew, Wiehahn Herbst and Tom O’Toole will provide front row cover on the bench, while Kieran Treadwell and Clive Ross are the other forward options. 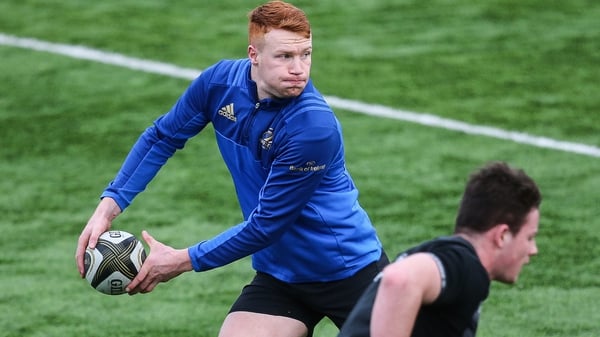