Warren Gatland's third Six Nations Grand Slam with Wales at the weekend only served to fuel speculation about his future after the World Cup with the New Zealander now boasting a coaching CV that makes him a serious contender for the All Blacks job.

Wales beat Ireland 25-7 on Saturday to clinch their fourth Six Nations title under the former All Blacks hooker, which positioned them as one of the favourites for the global showpiece in Japan later this year.

The 55-year-old has already said he would return home after the tournament and with All Blacks coach Steve Hansen also stepping down, contenders are lining up to replace him.

Gatland's name has constantly been mentioned, along with Hansen's current assistant Ian Foster and the Canterbury Crusaders' Scott Robertson, as one of the most likely contenders to replace Hansen.

Joe Schmidt, who is also stepping down after the World Cup, had also been in the mix after he led Ireland to three Six Nations titles, their first two victories over New Zealand and a world ranking of number two. 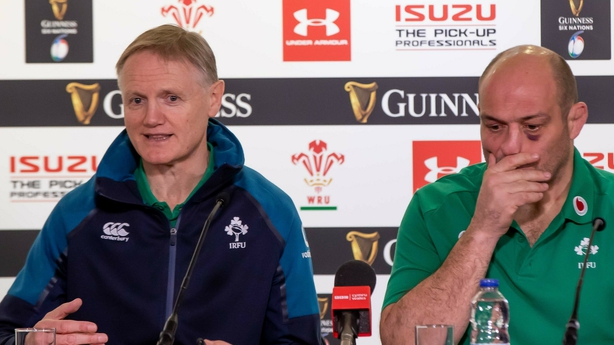 Schmidt, however, has said he would take time off in 2020 to spend time with family and Ireland's spluttering form in this year's Six Nations - they finished third and were well beaten by England and Wales - might have taken the shine off his CV anyway.

Gatland has also, probably diplomatically, already said immediately replacing Hansen might not be on the cards when he returns home, having spent 20 of the last 23 years in Europe.

"I want to be involved at some level in New Zealand rugby... ideally in Super Rugby to reintegrate back into New Zealand," he told The 1014 Rugby Show in January.

"Then if you're successful other opportunities might come up.

"I also understand that ... there might not be any coaching jobs in New Zealand. So it might be coming back and just taking some time off before another job comes up somewhere else."

That could be the British and Irish Lions after he guided them to a 2-1 series victory in Australia in 2013 and 1-1 draw with the All Blacks four years later. He has suggested he might consider taking the side to South Africa in 2021.

British and Australian media have also suggested he was in contention for the England job, with Eddie Jones expected to also leave after the World Cup.

Gatland's success has been on his ability to spot and develop talent and build depth, while he also consistently evolved his thinking and tactics and his influence has not been lost on his players.

"The depth he has created is no accident," former captain Sam Warburton wrote in the Sunday Times.

"He took over a nation of underachievers and now we expect to win the Six Nations every year.

"Wales are now a team of achievers."