The player ratings on an extremely grim day for Ireland as they were again forced into the role of fumbling extras in a Welsh Grand Slam celebration.

Was collared as culpable for leaving the gap for Hadleigh Parkes to run into for the opening try but that warrants further analysis. Got very little chance to do much with ball in hand.

Little opportunity to shine though reasonably competent when scuttling backwards to collect ball in defence. At one stage, did carry the ball over his own line but the Welsh chasers were hot on his heels and he hadn't much time to dally.

Got little chance to show his flair and creativity in the clogged midfield. When he did get the ball he was bottled up the Welsh defence. Turned over a couple of balls also.

Cumbersome enough with the ball in hand but did at least make all his tackles. Didn't turn over any ball either. Like the rest of the Irish backline, made almost no headway in attack.

Couldn't be said to have ruled the skies. Was beaten by Dan Biggar for one up and under and the ball came bouncing off his torso for another. He was muscled into touch from the restart which set in train the sequence of events for the opening try.

Looked bright early on and was almost put away by Johnny Sexton's crosskick - a moment in the game when it looked like Ireland were alert and attuned for battle.

Nightmarish display from Sexton whose composure appeared to desert him. Second half performance included a ball kicked out on the full, a restart which ran over the dead ball line and then threw a pass out of play as Ireland attacked shortly before the hour mark.

Clearly became riled at a referee who didn't do Ireland many favours. It's imperative that the 2018 World Player of the Year recovers his form before the World Cup. May be happy to be done with this tournament.

Best intervention was a terrific crosskick which almost put Stockdale away in the early stages. But it was a false dawn.

Another disappointing outing. Knocked on off the back of a Tadhg Furlong on a lineout, box-kicked out on the full just before half-time. A patchy and frustrating Six Nations. Hopefully, his form can recover in time for the World Cup.

Ireland conceded 19 penalties in the four matches preceding this game. Amazingly, they conceded eight in the first half alone here and Cian Healy was chief among the culprits, giving away more than anyone else (three) and beginning the second half by hammering into Tomas Francis without the ball.

Wins some marks for his aggression and business around the field but cost his team at moments.

After a fine performance against France, an off-day on his final Six Nations match. His throwing is often ropey and was again today. A deeply disappointing farewell to the competition after 13 seasons.

Mediocre display from Furlong who gave away two penalties, missed a couple of tackles and made little impression with the ball in hand.

The Irish lineout malfunctioned and not for the first time though the Leinster lock did steal one and made more tackles than any other Irish player. Probably Ireland's best performer on the day. Made almost as many metres as the rest of the Irish pack combined.

Disappointing opening bow in the land in which he made his name. Long renowned as a turnover machine, he stole an important one after 12 minutes when Wales were pummelling away in search of a second try.

Also did well to win a penalty for Ireland for what is being termed a 'dummy jackal' which enticed Josh Navidi into infringing, but offered little in the carries department.

That Ireland almost scampered over in the corner midway through the half was a testament to O'Mahony making a nuisance of himself at the lineout.

Otherwise, almost totally anonymous. Stats are rather damning. Made only one tackle in the game and made a total of three carries with the ball in hand.

Topped the tackles stats for Ireland in the first half but otherwise had minimal impact on the game and is still struggling for form. Was withdrawn before any other member of the starting XV. Looked thoroughly despondent when coming off.

Fairly ineffectual display marked by a couple of horrible moments. Cost Ireland a strong attacking position at a crucial moment with a horribly botched tap and go.

Never stopped busting a gut to his credit. Made more carries than any player although struggled to break the gain line. Was the only starting forward to register marks in the 'defenders beaten' category.

The first replacement introduced, Conan wasn't arriving into as promising a situation as he did last week. Still, acquitted himself well in the circumstances

Brought some welcome aggression and power to the fray when introduced.

Made little impact either defensively or offensively, getting his hands on the ball on just one occasion. The lineout steadied slightly when he came on.

Did reasonably well when he came on and not just for the try. He dealt well with the balls lamped into the backfield and showed a lovely step to avert the whitewash.

Was to the fore as the forwards bashed away in search a score in the closing minutes.

Introduced, like Porter and Larmour, on the 64th minute. The lineout was a bit more assured once he was introduced.

Looked lively and alert in the scrum half. A clear improvement on the player he replaced, it must be said.

Like Marmion, brought a distinct improvement to the half-back department, varying the play nicely. 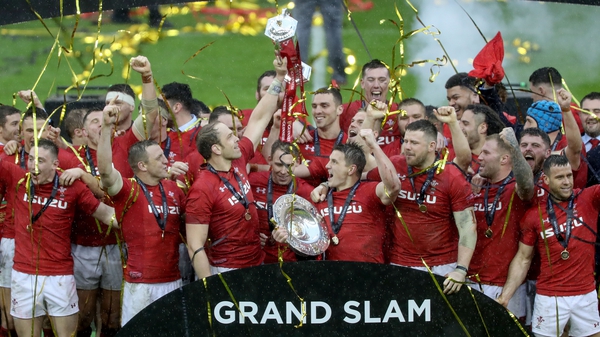 Horror show for Ireland as Wales sail away with Slam