Eddie Jones has taunted Scotland on the eve of Saturday's Calcutta Cup showdown by responding to their failure to win at Twickenham since '83 with the quip - "1883?"

A third Six Nations crown of the Jones era is the prize at stake when England seek a victory that, combined with Welsh failure to complete the Grand Slam against Ireland, would propel them to the summit of the northern hemisphere.

Injury-ravaged Scotland are 14-1 underdogs as a disappointing tournament limps to a close at a venue where they have not won since 1983 - a sorry run spanning 17 Tests - and it is that statistic that Jones seized upon to mock Gregor Townsend's side.

"We're not playing Mars or Pluto, we're playing Scotland. They've got passion and play the game a certain way.

"We've got passion about playing for England. It'll be about which side comes out with most intensity and desire and that'll be us.

"We're nowhere near our best, we're just slowly getting there. We'll be at our best for the Six Nations on Saturday. There will be a bit of an explosion.

"We've had a great week this week and we are absolutely excited by the prospect of finishing well." 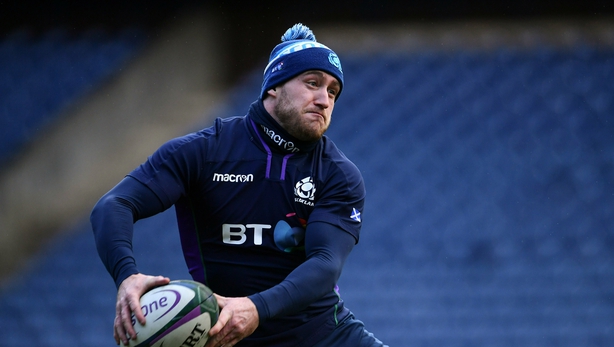 For all the misery inflicted upon Scotland at Twickenham, they enter the 137th instalment of the oldest rivalry in international rugby in possession of the Calcutta Cup after prevailing 25-13 at Murrayfield a year ago.

That defeat began England's five-Test losing run that placed Jones' future in doubt, but since then two key coaches have been added to the staff - New Zealander John Mitchell and Australian Scott Wisemantel.

It is Wisemantel's first Six Nations and the attack coach joked that he is aware of the historical significance of the cross-boarder clash having seen 'Braveheart', Mel Gibson's film based on William Wallace who fought against England in the First War of Scottish Independence.

"I've watched Braveheart a few times! I read up on the history of the Calcutta Cup and it's quite interesting," Wisemantel said.

"It's just such a long time it's been going. It's more than a rugby game, sometimes. There are historical links for the supporters.

"I've never experienced the Six Nations in a coaching capacity, I've always been a spectator and it's special. It's a great tournament, it really is. It's brilliant," the Australian said.

"While you're in it, you just do your job and do it as well as you can. Afterwards you think about it and you go 'wow, that's pretty special'."

Ben Youngs will become England's most capped scrum-half on Saturday with 85 appearances, making his debut against at Murrayfield nine years ago.

"Whenever you play Scotland, (the niggle) is as much bred in us as it is bred in them. It's a huge fixture because there's a huge amount of history," Youngs said.

"If guys want to draw on what's happened before, that is fine. It's whatever individually gets you right.

"We want the best performance of the tournament so far. How you get that individually it is up to you."