The world's leading players have called for a seat on World Rugby's executive committee, hitting out at the sport's governing body for ignoring their views.

World Rugby will hold summit meetings in Dublin on Thursday, where their Nations Championship plans are expected to be torpedoed by Six Nations bosses.

In addition to that anticipated hammer blow for the Nations Championship however, International Rugby Players has now voiced further concerns ahead of the key meetings.

"We want to ensure that there will be no repeat of the current situation and that the frustrations over the lack of player consultation are addressed," said Wales captain and British and Irish Lions star Jones.

"It's in the interest of our game that World Rugby and the unions convene with the playing population so that proper solutions can be agreed.

"Players having a genuine, and greater say, can't be undervalued."

World Rugby want to launch their Nations Championship contest by 2022, with the top performers from the Six Nations and an expanded six-team Rugby Championship facing off to determine an annual cross-hemisphere winner.

England captain Farrell, Ireland talisman Sexton and New Zealand stalwart Read all insisted the players' views had not been fully accounted in terms of grave reservations that top stars would be subjected to too much Test rugby.

Now Wales second row Jones and Australia back-rower Hooper have added further clout to those frustrations, and called on World Rugby to formalise interaction with the game's leading players.

The players' council of IRP held a conference call on Tuesday night to thrash out their way forward, and the result has been these new demands of the game's power brokers. 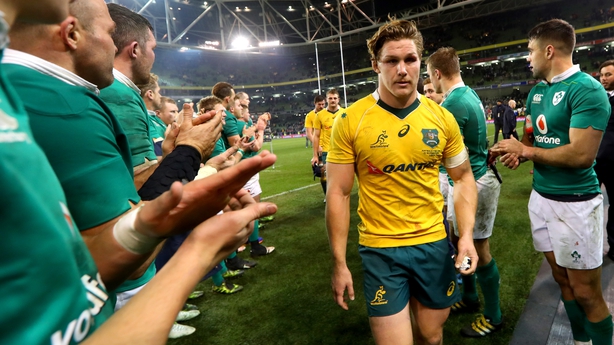 "We want to be part of key decisions in the game, however at the moment we don't have a proper seat at the table to exert any influence," said Wallabies skipper Hooper.

"Players understand, better than anyone, what happens at the coal face and how certain decisions impact both the players and the broader game, so it would be counterproductive to cast the player view aside.

"Moving forward we want to ensure that the players have independently appointed representation on the World Rugby Executive Committee and other key World Rugby decision-making bodies."

World Rugby's Nations Championship plans include drafting in promotion and relegation for the Six Nations and the Rugby Championship.

Six Nations chiefs remain opposed to that inception, and that could prove the undoing of World Rugby's suggested Test game shake-up.

The Six Nations could pool TV rights from their own competition and the autumn Tests to offer significant funding boosts to the top northern hemisphere unions.

Private equity firm CVC Capital Partners is in the frame to take a minor stake in the Six Nations, and that scenario could prove the ultimate sticking point for the World Rugby blueprint.

"The players feel that the existing understanding between World Rugby and the Players should evolve from a loose commitment to consult, to a requirement to reach agreement on certain key issues," said former South Africa captain Jean De Villiers.

"The feeling on the call was that it is no longer appropriate for World Rugby and the unions to determine tournament structures, logistics and tournament terms of participation without getting to an agreed outcome with players."