World Rugby has made a strong defence of its plans to launch a global Nations Championship after Johnny Sexton led criticism for the new competition.

Rugby's governing body has hit back after heavy criticism from leading players and player groups from across the sport.

The sport's governors defended their plans around player welfare and insisted proposals on the table are for a two-division competition including promotion and relegation.

World Rugby has now released plans for discussion for the Six Nations teams to be joined by the Rugby Championship quartet plus two tier-two nations, with the annual contests slated to start in 2022 and run across autumn and summer Test windows.

The game's power brokers also revealed plans to expand the Rugby World Cup from 20 to 24 teams in time for the 2027 tournament, to protect its position as "the pinnacle global event".

"World Rugby has moved to clarify the organisation's position on the merits and structure of an annual global competition in advance of key meetings in Dublin next week," read World Rugby's statement.

"As the international federation for the sport, World Rugby is committed to the global advancement of rugby and its character-building values to build a better, stronger game for players, unions, clubs and fans.

"Player welfare is fundamental to our sport. Within the original proposal, players would play a maximum of 13 matches if their team reaches the final, compared to an average of between 12 and 14 Test matches presently. Most teams would play 11 matches.

"Contrary to reports, our proposed competition provides opportunities for all teams to compete at the top level on merit, with promotion and relegation. Under this model, the Pacific Islands and all teams outside the current Six Nations and the Rugby Championship would have a potential pathway.

"With the proposed model incorporating competitions that are not owned or run by World Rugby, not all unions are presently in favour of immediate promotion and relegation.

"We continue to consider the feedback, but remain absolutely committed to an eventual pathway for all." 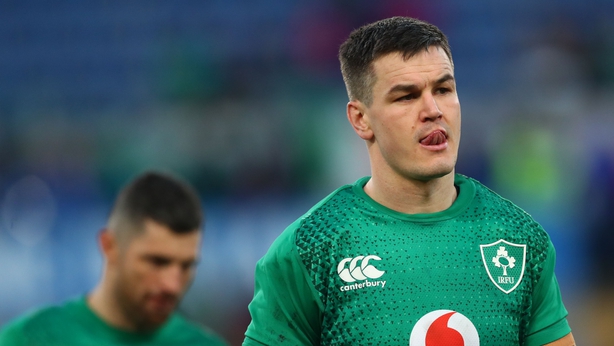 The International Rugby Players (IRP) organisation has said it will meet again next week to discuss World Rugby's latest proposals.

World Rugby, however, hopes organising the competition centrally will boost revenue across the sport, with Amazon thought to be the main interested broadcaster.

Vowing to enshrine the Six Nations, Rugby Championship and British and Irish Lions as "protected as jewels in the calendar", World Rugby explained plans to host the new competition fully in two of the four years in a World Cup cycle.

The top two teams from each conference would play cross-conference semi-finals before a grand final.
"Growing the sport's fan base through more compelling competition is also vital as broadcasters will only pay more for a product that fans want to see," continued the statement.

"Under the proposed competition, media rights would be combined, enabling greater consistency and overall value.

"Strong interest from media entities has indicated that the model would boost annual media revenue for international rugby and unions, for reinvestment in the game, by a substantial amount."