It’s a competition that can be a roller-coaster of emotions.

Little wonder the word momentum is a favourite among players, coaches, pundits and fans alike when discussing the Six Nations. Last year Ireland beat France with a dramatic drop goal in Paris, and it was the first chapter in the grand slam story as the men in green swept all before them.

Twelve months later and it was the other end of the emotional spectrum as England left Dublin with the points in a thoroughly deserving victory.

France roll into town this weekend and there no escaping the contrasting narrative at play. The champions are struggling for form and their last outing may have been a bonus point win in Rome, but it was an error-strewn performance.

Jacques Brunel’s side opened with a defeat at home to Wales and were humbled in Twickenham before restoring pride, and an attacking swagger against the Scots.

Ireland are the side still in with a chance of winning the Six Nations, but the visitors, buoyed by a young and exciting half-back partnership in Antoine Dupont and Romain N’Tamack, appear to have the potential to win in Dublin for the first time in eight years. The expectations are rising for Les Bleus.

Rob Kearney however believes much of Ireland’s difficulties have come in the top six inches. 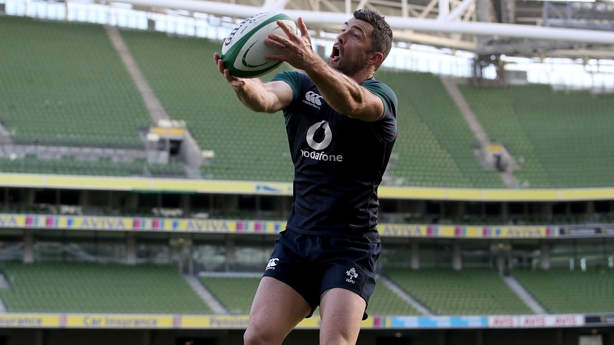 "Sport is very, very psychological," he told RTÉ Sport. "People started to go into their shells a little bit [against Italy]. A lot of us, myself included, made mistakes during the game that were probably uncharacteristic and unforced.

"That started to put us under pressure. It sort of snowballed from there."

"I think we will probably get the best French performance we have seen in the championships so far. It’s unusual for them to pick the same side two weeks on the bounce. It’s obviously a huge sign of confidence from the coach in that group.

"We can turn this whole tournament around very, very quickly with 80 minutes at the weekend"

"They played some really good rugby against Scotland, scored four tries. We are expecting a pretty good French side to come to Dublin."

The Leinster full-back has reclaimed the number 15 jersey after working his way back to full fitness and says as well as the natural excitement and nerves ahead of such a fixture, insisted there remains "huge" confidence in the squad’s ability to put things right.

"We can turn this whole tournament around very, very quickly with 80 minutes at the weekend. All of a sudden we are back, top of the world again." 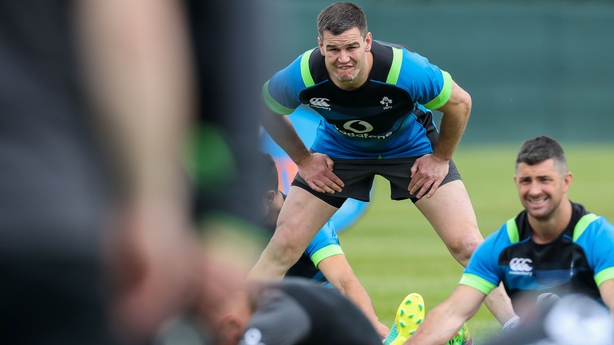 Johnny Sexton voiced his frustration last week with how the campaign has panned out thus far, and appeared disillusioned after being replaced at the Stadio Olimpico.

His provincial and international team-mate batted away the notion that Sexton’s reaction was having a negative impact on the players.

"I don’t think so. That’s Johnny, isn’t it? We are a little bit used to it. We all get frustrated and show that in different ways.

"I have played with Johnny for 15-odd years now, so maybe I am not the one to ask"

"It drives standards among us. Johnny understands the game very well and is very clear in terms of in how he wants to play it. That’s his way of communicating it.

"I have played with Johnny for 15-odd years now, so maybe I am not the one to ask."

If selected on Sunday, Kearney will start against the French in the Six Nations for the eight successive year, only failing to complete the full 80 minutes on one occasion.

The French by contrast have run the changes at 15. In that time, Clement Poitrenaud, Yoann Huget, Scott Spedding (twice), Maxime Medard, Brice Dulin and Geoffrey Palis have all faced Kearney in that time and the latest to be entrusted at full-back is Thomas Ramos. 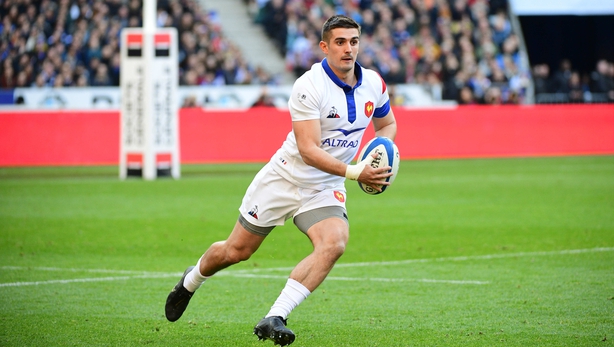 The Toulouse man, who will have place-kicking duties at the Aviva Stadium, is still finding his bearings in the international arena.

"He’s very dangerous," said Kearney. "I think they learnt a few lessons from that English game in terms of their back field and trying to leave him a little bit deeper, and not close up as early and as high.

"He’s not played a huge amount there at Test level, so I'm still trying to get a feel of what type of player he is." 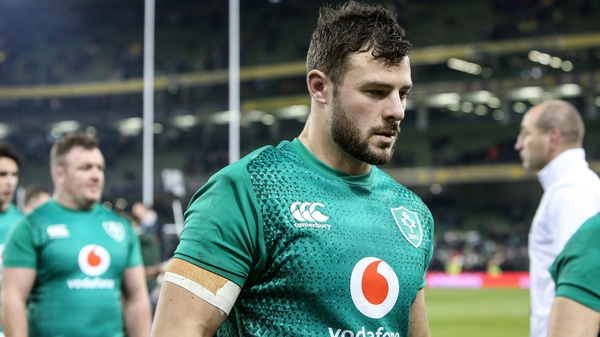 Henshaw improving 'more slowly than hoped' ahead of France visit