Ospreys chairman Mike James has resigned his position after what he described as "catastrophic mismanagement" over the Welsh Rugby Union's plans to merge Scarlets and Ospreys.

The two teams could come together by the start of next season if plans are approved at a meeting of the Professional Rugby Board (PRB) today.

The move represents the most radical change to regional rugby in Wales since its inception in 2003, with WRU keen to introduce a new side.

"To methodically, rationally and impartially map out the future of regional rugby is one thing, to fatally wound it with an ill-judged, cavalier process is another," he said in a statement today.

"We now have the worst of all worlds - a lack of clarity, a lack of transparency and a total inability to plan ahead. We can no longer make sound rugby or business decisions and nor can our players or commercial partners. Project Reset has become Project Inept.

"I cannot and will not be a party to this level of catastrophic mismanagement and today I’ve make the decision to stand down as both chairman and a director of the Ospreys, surrendering my position on the PRB." 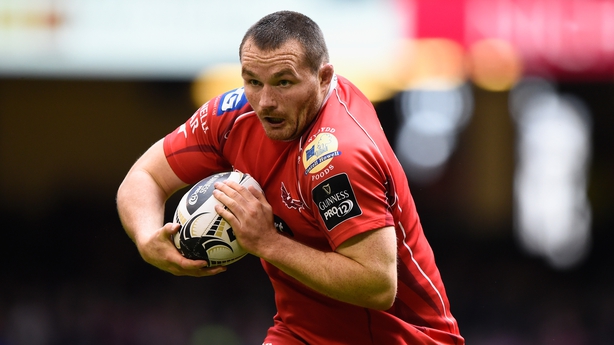 Wales and Scarlets hooker Ken Owens has branded the expected Scarlets-Ospreys merger the "most challenging situation" of his career.

"As the chairman of the WRPA I am deeply concerned about the situation that the players across the four regions face," said Owens.

"I recognise that this is the most challenging situation that I or arguably any player has faced during our rugby careers.

"I appeal to all stakeholders to have the concerns and welfare needs of all those that stand to be affected by the proposed changes at the forefront of their minds.

"It's also clear players need to be represented on the PRB because they can and must be part of the solution. Without them there is no Welsh Rugby."

It is understood that the favoured plan is to retain four regional teams, but they would comprise north Wales, an Ospreys-Scarlets merger, Blues and Dragons.

The Scarlets currently play at Parc-y-Scarlets in Llanelli, while the Ospreys use Swansea's Liberty Stadium for their home games.

Any merger would need to establish a home ground, in addition to issues such as the new team's name and kit.

So-called Project Reset is being played out against a backdrop of Wales chasing this season's Guinness Six Nations title and a possible Grand Slam.

"This is an incredibly challenging time for players, who clearly are vital to the success and future of Welsh Rugby," said Pretorius.

"We are told the game is not sustainable in its current form in Wales and major changes are needed.

"In the face of that uncertainty over the course of this season, players have responded incredibly constructively, giving their all for their regions and our country, and recognising the need to play their part in a healthy future for our sport.

"But with such a seismic change seemingly now proposed for our professional game we are deeply concerned about the impact it will have on the livelihoods of players and their families."

Wales face Scotland at Murrayfield on Saturday, followed by Ireland in Cardiff seven days later. Victories in both games would secure a first Six Nations clean sweep since 2012.

Around half of Wales' match-day 23 for the Scotland clash is likely to comprise Ospreys and Scarlets players.

If a merger goes ahead, players like Wales captain Alun Wyn Jones, Jonathan Davies, George North, Owens and Leigh Halfpenny will be part of the same regional squad.

The WRU has not commented on Tuesday's planned discussions.

Senior Wales players did meet with the governing body last week, though, to discuss a number of issues on the future of regional rugby.

"There is a lot of frustration, not only for the best players in Wales, but for their mates in the regions.

"There is an uncertainty about Project Reset, and they would like to know where they are going to be playing next year or in two years' time."

Wales boss Warren Gatland added at a press conference on Tuesday: "It comes down to being able to put enough finances and resources into the game. For me, I would love nothing better than two or three teams challenging in Europe." 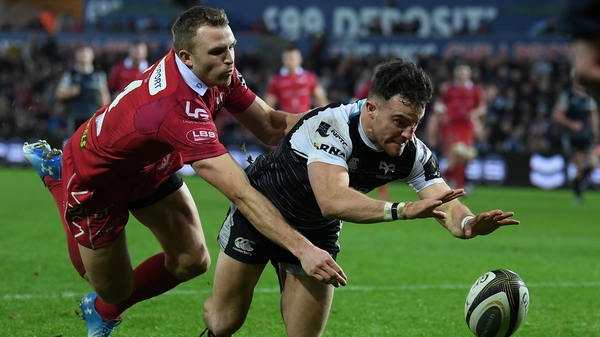