Collectively Ireland got the show back on the road at Murrayfield, and for Jack Conan it was a particularly sweet outing .

The Ireland number 8 stepped into the breach in CJ Stander’s enforced absence as Ireland recovered from the opening-round defeat to England to win 22-13. It marked new territory for the 26-year-old.

It was his first 80 minutes of Six Nations rugby.

Last season the 6'4" back-rower made his first start in the competition at home to Italy, but a shoulder injury meant he only lasted until half-time. An all-action display against the Scots was the confidence booster he needed.

"I was unlucky enough last year against Italy, I had to come off with a shoulder knock. I was happy to get through 80 minutes, especially as I pulled out of the last Leinster game I was supposed to be involved in.

"It was a good confidence booster and an incredible experience, I hadn't experienced the atmosphere in Murrayfield before. Standing there listening to Flower of Scotland was an amazing moment."

It has been incremental progress in the green jersey.

Having made his bow in the 2015 World Cup warm-up against Scotland, his next four games were against United States, Japan [twice] and Fiji before getting the nod against the Azzurri last year.

The St Gerard's schoolboy also appeared off the bench against Wales during the grand slam campaign, and while he made a fair contribution to Leinster’s double, it was Jordi Murphy who got the nod for the Champions Cup final.

At Test level, Conan for now is ahead in the pecking order behind Stander. Having started against the Scots, he is expected to keep his place for the trip to Rome. Two of his 12 caps to date have been against the Italians and Conan is looking to build on his most recent Ireland outing. 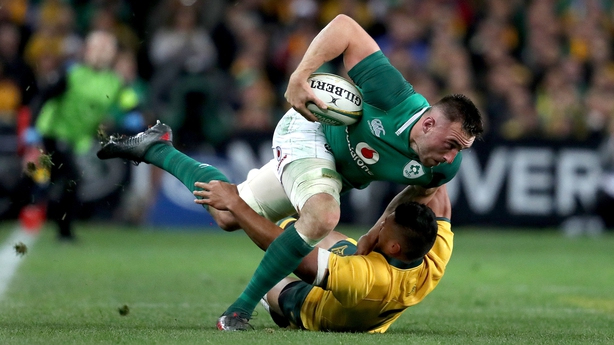 "It's a big confidence booster to have coaches put faith in me to go out and get the job done. I was happy enough how I went against Scotland.

"I hit a lot of rucks, I don't think I missed any tackles and I just slotted into the role I was needed to do.

"I probably would have liked to have carried a bit more."

The absence of Stander has robbed Ireland of one of its most effective ball carriers, though Sergio Parisse’s injury means the Italian back row will be shorn of its talisman.

Conan’s game centres on a lot of unseen work – he was Ireland’s top tackler against the Scots – and is looking to get his hands on the ball more often.

"I got through a lot of dirty work that can sometimes go unseen.

"I'm always looking to carry over the gain line, but it's not that easy. Defences are well organised and there are physical players out there.

"If I get the run out this weekend it's about bettering it and showing more of my ability." 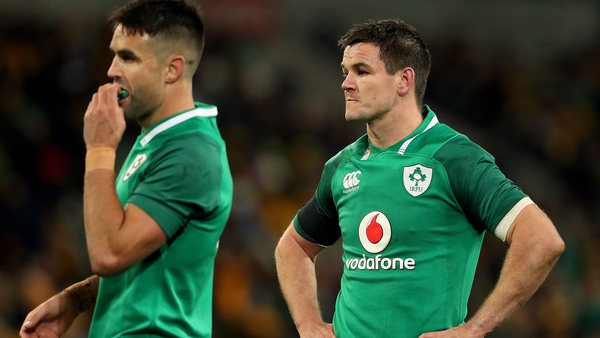 No half measures as Ireland's golden pair feel the heat