Ireland will not be able to call on Rhys Ruddock for Sunday's game in Italy after Leinster confirmed that the flanker had sustained a hamstring injury in training last week.

The 28-year-old would have been hopeful of playing some part in Joe Schmidt's plans for Ireland's third Six Nations game but instead enters into a period of rehabilitation.

Scrum coach John Fogarty said: "It's very mild, it's not a huge issue but it has to be worked out. Hopefully we'll get more information later on in the week.

"He'll be frustrated that he can't put himself forward to play. He's an important part of what we do. At times he can make us work really well in that pack. He's a very composed guy." 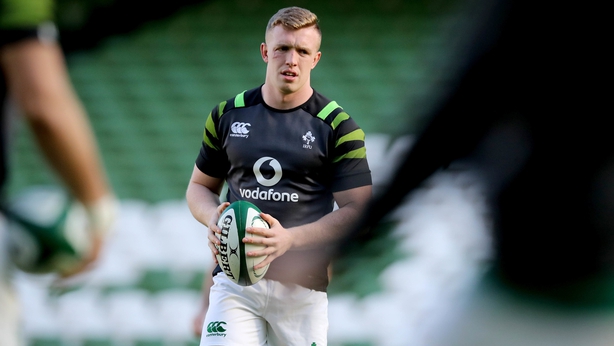 "[It's about] making sure we can get him back in the right manner. I'm not too sure [about a return date]. They've got to hit markers week on week."

It was also announced that wing Dave Kearney "presented with minor latent concussive symptoms" after the win in Zebre last weekend. The Ireland international will enter the 'return to play' protocols this week.

Joe Tomane, meanwhile, continues to recover from a hamstring injury and is not available for selection for the RDS clash with Kings on Friday.