While positives from an Irish perspective have been few and far between as England defied possession and territory stats with a dominant victory, for Kilcoyne there was some personal success.

His 18-minute cameo last Saturday was his first outing in the Six Nations since his debut campaign in 2013. His previous four appearances off the bench came during Declan Kidney's final campaign at the helm.

Since his introduction for Cian Healy at the Stadio Olimpico six years ago, where Ireland suffered their only defeat to Italy in the Six Nations, the Munster man has been forced into a watching brief.

The record shows 25 caps to his name, but Healy and Jack McGrath have ruled the roost in the Six Nations pecking order since then. Provincial team-mate James Cronin and Finlay Bealham have also made the bench in that time. 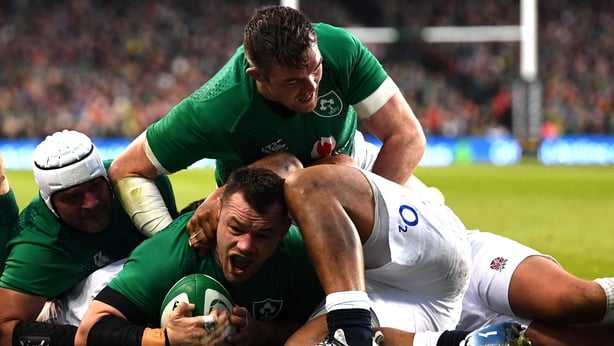 Joe Schmidt's decision to include the 30-year-old in the match-day squad broke up an 11-game Six Nations sequence of Healy and McGrath as the chosen looseheads.

The dynamic prop started five of Munster's European games this term and has been operating at a consistent level in the red jersey for quite some time. Not that he was expecting to dislodge McGrath.

"I was very happy with my form coming in, but I wasn't taking anything for granted or confident," he told RTÉ Sport.

"It was completely out of my hands. I could only control my own performance. It's bittersweet. You are delighted to be back in the mix, in such a big game, but it [the defeat] really soured it. You want to be back in on an Irish winning side."

Between 2014 and 2018 Ireland claimed three Six Nations titles and a Grand Slam with Kilcoyne reduced to the role as spectator. November internationals and summer tours kept him very much in the frame, but the failure to make the cut this time of year in green was used as a positive.

"You could say difficult, but I would say it just made me incredibly hungry," he says when asked what it was like watching Ireland games from afar.

"You want to be part of a winning Irish team, or an Irish team full stop. International rugby is the highest accolade and you want to be playing it.  It created extreme hunger and you relish that." 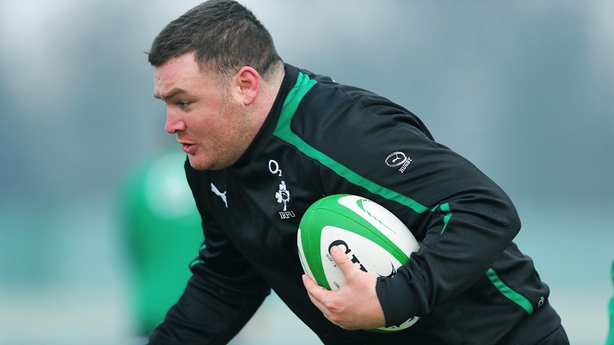 So what has he identified as the reason behind his elevation in the Irish ranks?

"I think it's just consistency. It is a very hotly-contested area and I suppose it is tough on players, but I like that competition.

He talks of Healy's "world class" ability, with the Leinster man crashing over for a try in defeat.

Kilcoyne may have edged out McGrath last time around, but there are no shortage of challengers, with Denis Buckley in Connacht, Eric O'Sullivan catching the eye for Ulster this term, Ed Byrne also in the mix at Leinster and James Cronin and Jeremy Loughman vying for a starting spot at Munster.

"There is huge competition for loosehead right around the country," he says. "You really have to be at the top of your game to be getting games."

The forward says a line has been drawn in the sand to the opening game defeat, but admits it has altered the mood in the camp.

Not used to the manner of defeat, as much as the result itself, players and management are still digesting the setback.

"It's the first time Ireland has lost in quite a while. It was a somber, downbeat mood after the game. At the same time, you have the luxury in rugby of a quick turnaround. We were honest with ourselves.

"If you look back at the Irish performances, like against New Zealand, you could go back to the Grand Slam last year, it's been quite a while since an Irish pack has been bullied. It's up to the pack to set out their stall this week."

Kilcoyne, should he retain his place, will be keen to avoid a repeat of his only previous trip to the Scottish capital in green, a 12-8 defeat where Ronan O'Gara was dropped in favour of Paddy Jackson, but is aware that the Murrayfield factor is something the Scots will look to take advantage of.

"It's an incredible stadium and the Scottish are proud supporters, quite like the Irish and they really rally in behind their team. They will have a whole country behind them. It's going to be a very tough Test.

"It's about getting a win and taking it from there. It's about fixing the wrongs from last week and delivering this week."