CJ Stander and Keith Earls have emerged as injury concerns from Ireland's heavy loss to England.

"Keith Earls is pretty sore, he's got a hip pointer," said coach Joe Schmidt, who has seven days to gather his troops before a visit to Murrayfield to face Scotland, who beat Italy earlier today.

"He got hit a couple of times early and was very sore. CJ Stander, we think has a facial injury, he's gone for a scan.

"Dev Toner with an ankle [issue], just taking that kick-off at the end of the game. It looks like he's rolled his ankle. It's been a bit problematic for him recently.

"The other guys are just bumps and bruises.

"There are physical and emotional bruises there for sure."

Earls was replaced by Jordan Larmour at half-time after being on the receiving end of a least two late tackles, one which saw Tom Curry sent to the sin-bin, the other - a hit in the air by Maro Itoje - only warranted a penalty, according to ref Jerome Garces. 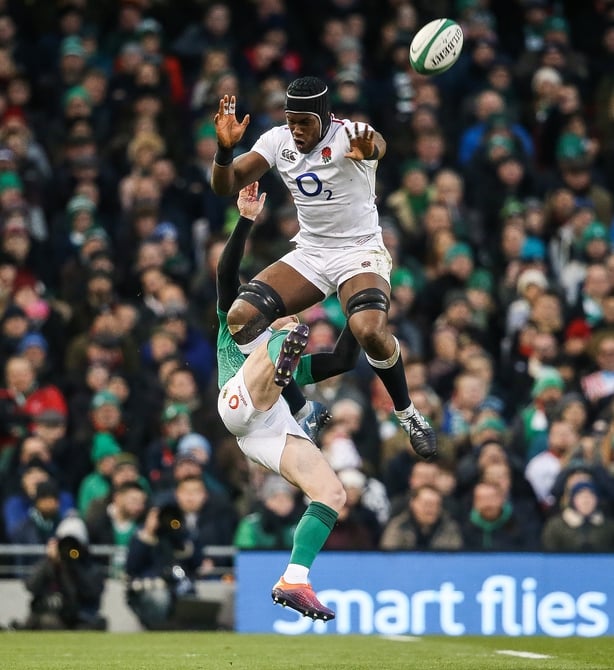 Asked about that second incident, Schmidt said: "I'm not going to get into any discussions about that, I'm going to go through the normal channels.

"I'm just going to ask for some clarification on some of the incidents we saw and once I get that we'll have a better, clearer picture and we'll have a better expectation of what referees are actually going to deliver in terms of player safety and then we can springboard from there.

"It got quite physical but I don't think necessarily that that was part of a plan. It certainly put Keith out of the game and he was our most experienced back-three player."

"Yeah, that is a reality check [about the physicality required to make an impact at a World Cup]," he said.

"That's how it's going to be and that's why England are literally a big team. I thought they played well tonight. It's hard to take anything away from England.