England boss Jones' latest shot across Ireland's bows has been to suggest Joe Schmidt's men could be sunk by the praise that has been heaped upon them after a stellar 2018.

England head coach Jones has warned Ireland "praise can make you weak" ahead of this weekend's Aviva Stadium showdown - but Best has revealed Schmidt's healthy realism keeps his squad more than grounded.

"I think it's maybe the lack of praise behind closed doors from Joe that protects us," said Best.

"But ultimately, it's a bit like everyone talks about who are the favourites, and that kind of talk doesn't really affect us.

"Because we know how to prepare. That's why you need experienced players, because they know if you're not preparing well.

"You can see the signs in that early, and Joe knows those signs as well.

"We're protected from it because we want to keep improving, keep getting better and we're not fixated with sound bites that come from wherever.

"Or tags that are attached to different teams or people, and the coaches here keep pushing us to get better, and we want to get better too.

Head coach Schmidt has made one of the boldest calls of his five-year Ireland tenure in shifting British and Irish Lions centre Robbie Henshaw to full-back to face England.

Henshaw has not featured at 15 for Ireland since his 2013 Test debut, but Schmidt has been running the Leinster star in the back-field role in training since last summer. 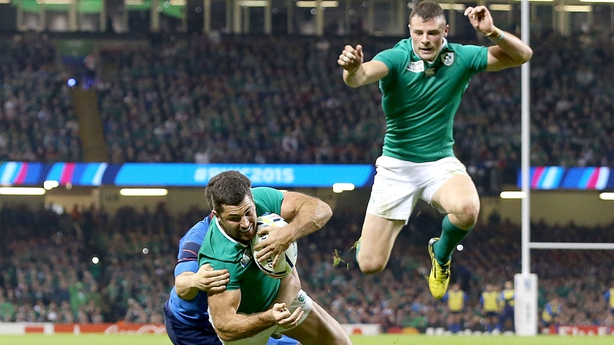 "But I know from speaking to some of the England boys on tours that that's what Eddie Jones does in England training as well.

"He creates an atmosphere where it's almost more pressurised than the game, so that is what Joe creates with us too.

"And it means there are less surprises when it comes to the match.

"There are always things that surprise you, but you can help minimise that by the pressure that you put on yourselves in training."

England will field a potent line-up with the fit-again Vunipola brothers and Manu Tuilagi all back into the starting XV, with an all-British and Irish Lions tight five.

And despite Ireland producing sumptuous rugby to see off New Zealand 16-9 in November, Ulster stalwart Best insisted Schmidt's men will need their best-ever performance to prevail this weekend.

"We're going to need the best game of rugby that this group has ever played, because that's what it will take to win this weekend," said Best.

"They will be physical, but they will also play with a lot of width and speed; that's their plan.

"There weren't many surprises in their team selection.

"You need to get on the front foot, up front. That's what they'll be coming to do.

"But that's what we want to do as well. It will be about who can win that arm wrestle up front."