You almost got the sense from Peter O'Mahony that someone had been talking out of school.

In the course of the awards season at the end of last year, the Ireland players were busy going from pillar to post to collect various plaques and trophies, individual and collective nods to the most successful season in Irish rugby history.

But at least one of the senior players momentarily forgot the one-game-at-a-time mantra.

He revealed that before a drop goal has split the posts in Paris, senior players had approached Joe Schmidt with a proposition that included looking past the first game.

"Listen, we want to win a Grand Slam," World Player of the Year, Johnny Sexton, said in December.

"Five or six of us said it to him, 'look, we have been targeting championships and that is great, but what is really special in Ireland is a Grand Slam'.

"From that moment on, we took it one game at a time and we weren't allowed mention it again."

This Ireland team felt, justifiably, that just winning last year's title would have been a let-down.

So much so that they had the bravado to tell their boss that they would be sneaking a peak over the shoulder of France to see what bigger fish were on the line.

It could have been fatal - thanks to Sexton and the team's cool over 41 phases, it wasn't.

Asked about that meeting and what targets the team had set for the defence of their crown, which starts against England on Saturday, the in-form Munster skipper said: "You always set goals but we certainly haven't... it's a little bit the first I've heard of that [meeting being mentioned]...we certainly don't look a huge amount down the line."

But the fact that just two of the players had a Grand Slam – Rory Best and Rob Kearney – but most had one or two championship titles was one of the factors that drove the team on to last year's heights.

This time, that particular fact can't be cited, with all 15 of the starters named to play against England part of the Grand Slam run. 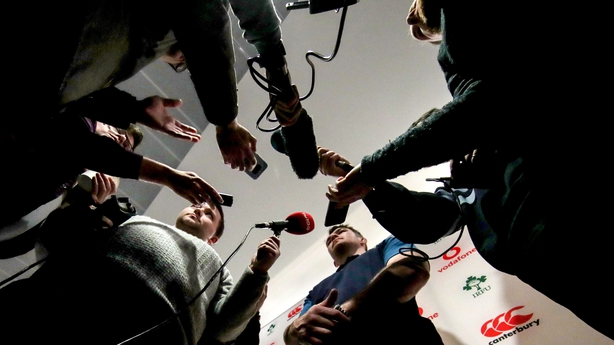 How do you replace that desire?

"I can speak for myself and the squad - it's the hunger," said the 29-year-old flanker, who will win his 53rd cap at the Aviva.

"The hunger you have to play for Ireland. If you don't have that, you're not in the right place being in this group.

"We know we if we stumble against England at home, we'll be on the back foot for the rest of the Six Nations.

"If you go back to our December camp, a review of our last November game and then it was all looking forward to this game. I don't think we'll be looking down the line.

"Obviously, we're in the business to win but how we get honour is putting on the jersey every time, that's the driving factor for this group.

"Fear is always a factor for us. Fear of letting people down, fear of losing. We hate losing.

Ireland are ranked number two in the world and coming off the back of a November clean sweep that included a first ever home win over New Zealand. 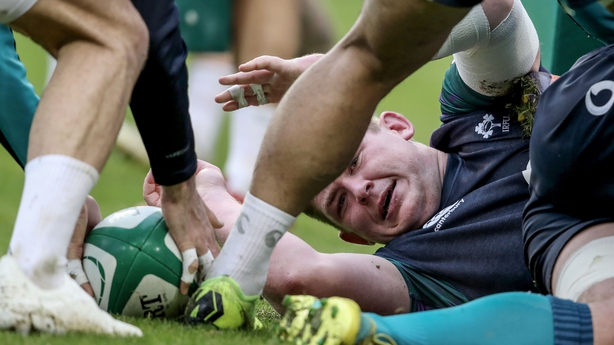 They are naturally favourites to retain the Guinness Six Nations title. But prop Tadhg Furlong said that they can't get bogged down too much in how they are perceived.

"As a player group we don't massively think about the big picture a lot of the time," said the Wexford man.

"We got together last week and tried to reintegrate and nail down our roles.

"This week it's a massive game, it's the opening game of the Six Nations, at home, so a lot of time you probably can't see the wood for the trees.

"I suppose you just focus on your role and try to get out there and make a good start to the tournament."