Ireland forwards coach Simon Easterby says it is disappointing that some teams resort to spying on opposition as part of their preparation.

Last week Joe Schmidt revealed that he felt his team had been spied upon in the past - "I would still like to think there is a sense of fair play...But I know it happens. I know it's happened to us".

Speaking today ahead of Saturday's opening Guinness Six Nations clash with England at the Aviva Stadium, Easterby offered his thoughts on the matter.

Ireland are one of a number of sides who no longer take part in the traditional captain’s run, a final training session at the match venue, at the opposition’s stadium.

"It's an interesting one," he told RTÉ Sport.

"I've not experienced anything like that. I certainly have not been party to it myself. Sometimes teams, or individuals, will make a call and decide to do things. That is outside our control. We can't do much about that.

"It is probably disappointing, it isn't in the spirit of the game, but if it happens, it happens."

Reflecting on Ireland's preparation for Saturday, the 65-cap Ireland international reported a clean bill of health, with the 38-man squad put through its paces at Carton House.

Rob Kearney, Jack McGrath, Jack Conan and Andrew Conway all linked up with Schmidt's extended squad having missed the warm weather training camp in Portugal last week and there are no concerns leading into Saturday.

"Everyone came through. We have been very lucky with the injury list. We have a healthy squad of players at the moment," he said.

"Every team strives for depth and quality in every position. We are no different. The depth we have here is strong and that is driving standards. It's a good place to be at the moment.

He also downplayed fears over the fitness of 2018 World Player of the Year Johnny Sexton. The 33-year-old out-half been inactive since picking up a knee injury against Munster last month, but took a full part in today's session and Easterby added: "Certain players need game-on-game to get back to a certain level, but Johnny is probably not one of those.

"He can play fresh as it were, to be able to run a team, know his detail and be across everything and feel like he has that conditioning and fitness

"Match fitness is probably second to none, but we trust the medics at Leinster and Ireland and we have the balance to get him back up to speed." 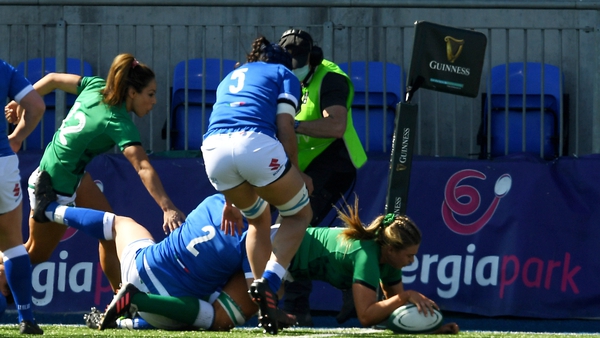