Ulster have qualified for the knockout stages of the Heineken Champions Cup for the first time in five years with a 14-13 defeat of Leicester Tigers at Welford Road.

Dan McFarland's side began the game knowing a losing bonus point defeat would be enough, but that looked a tall order at stages of the contest, but two tries in five second half minutes turned the game on its head.

Half an hour of scrappy play had elapsed before we saw the first change in the scoreboard, with a George Ford penalty nudging the hosts ahead.

Indeed it appeared it would be the only score of the opening 40 minutes, but Matt To'omua gathered Ford's dink through with the clock in the red. The England out-half slotted over the tricky conversion to give Geordan Murphy's side a 10-0 interval lead. 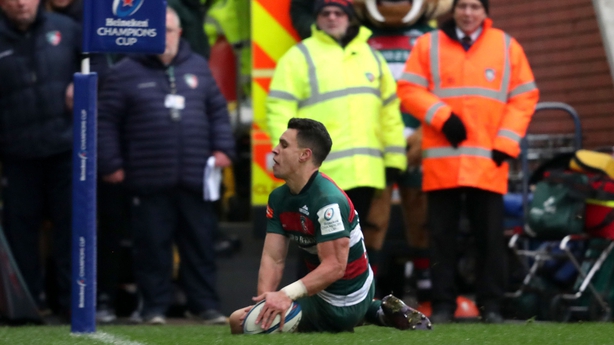 The Tigers dominated the early proceedings after the interval with Ford's tap-over penalty extending their advantage, but the men in red eventually put together a period of possession.

Twice they turned down kickable shots at the posts and were rewarded just short of the hour mark when they rumbled over from a five-metre lineout, Marty Moore with a simple finish in the end. 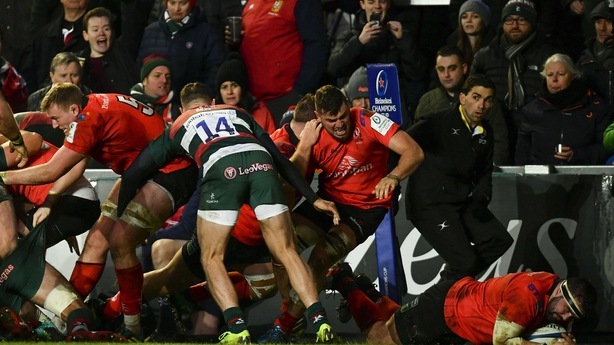 Five minutes later, Billy Burns made the most of a flat Leicester defence and space out wide to chip over the top, allowing Robert Baloucoune to race in and put Ulster ahead for the first time in the game.

The Tigers huffed and puffed in the final stages, but Ulster held firm for a memorable victory and a passage to the knockout stages. 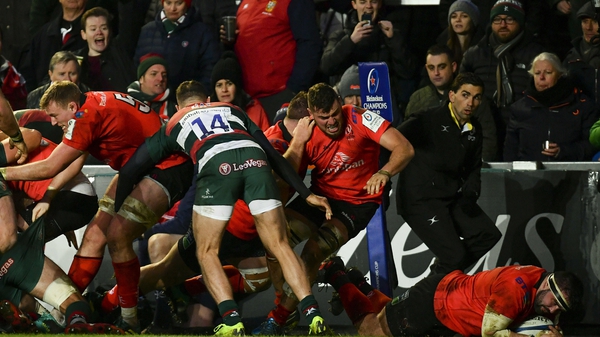