Iain Henderson has recovered from injury to take his place in the Ulster team that will face Leicester Tigers at Welford Road in Saturday’s crucial Heineken Champions Cup Round 6 tie, in what will be his 100th appearance for the province.

Henderson is the sole change to the starting XV that recorded a memorable win over Racing 92 at Kingspan Stadium last weekend, to leave Ulster’s quarter-final qualification destiny in their own hands.

Having been named in the Ireland Six Nations squad earlier this week, Henderson’s return is a welcome boost to Dan McFarland’s squad, and he slots straight into the second row alongside Kieran Treadwell.

Henderson’s international team-mate Rory Best will captain the side from hooker, where he is joined by Abbey Insurance Ulster Academy prop Eric O’Sullivan and Marty Moore in the front row. Sean Reidy, Jordi Murphy and Marcell Coetzee are once again named as the loose forwards. 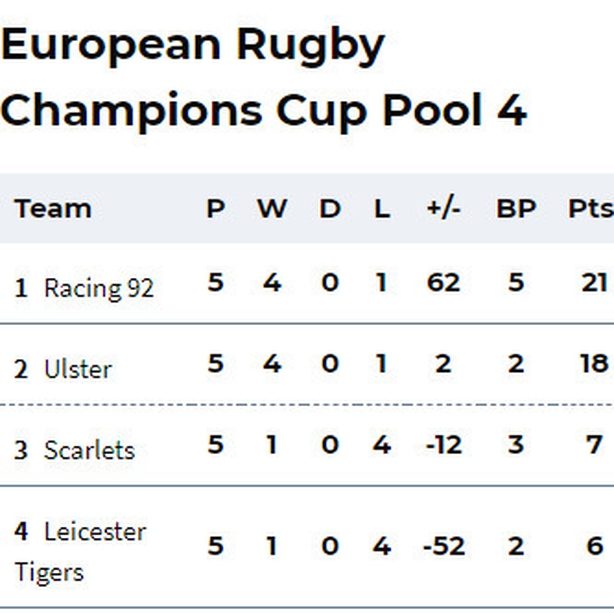 Behind the pack, David Shanahan, who was a late call-up to the starting team last week, retains his place at scrum-half, with Billy Burns at fly-half. Stuart McCloskey and Will Addison are also retained in the midfield.

On the bench, Rob Herring, Andy Warwick and Ross Kane will cover the front row, with Alan O’Connor and Nick Timoney named as the additional forward options. John Cooney, Michael Lowry and Darren Cave are selected as the backline reinforcements.