Connacht centre Tom Farrell will be an interested party when Joe Schmidt names his squad for the Guinness Six Nations tomorrow afternoon.

The Dubliner trained with the Ireland panel ahead of the victory over New Zealand last year. That experience has only given the 25-year-old a yearning for more although he realises he operates in an area of the field where the Grand Slam winners are well stocked.

"It would be huge [to be included]," the in-form Farrell told RTÉ Sport.

"I haven’t heard anything in the last week or so but I have had a taste of it in the November series.

"I was in for a day or two and did a small bit of training in the lead up to the All Blacks game. It was a great taste of what it’s about in there and I’d love to get in there again.

"There are a dozen centres who could easily be in that squad, every one of them is probably playing well at the moment.

"There are new centres that we haven’t heard of before so you have to be on your A game and you have to take you chance when you get it." 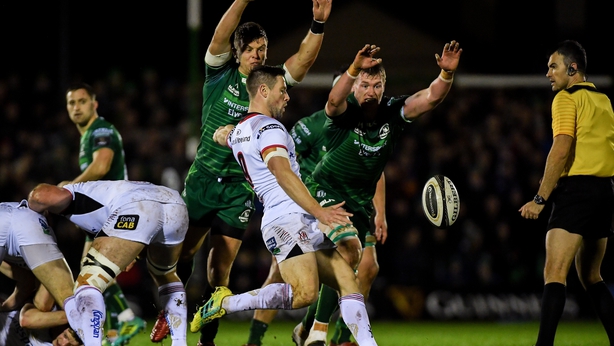 The former Bedford Blues back, who moved to Connacht in 2017, has stood out in recent weeks, helping Andy Friend's side to the brink of the Challenge Cup knock-out stage.

Connacht are currently best of the second-place teams across the five pools and a win away against out-of-contention Bordeaux-Begles on Saturday would be enough.

He added: "Yeah, I am quite happy [with my own game], to be honest.

"What’s important for me is that I’m getting regular game-time, which has allowed me to string these performances together and get that continuity in my game and get that runs of games under my belt and it has benefited me.

"Although [Connacht] haven’t got the results we wanted in some games we can see that steady progression, the upward curve.

"Even with some of our losses we can see an improvement in performance and a collective buy-in from the players.

"I’m loving [my time here] so far and hopefully I’ll stay here for another few years." 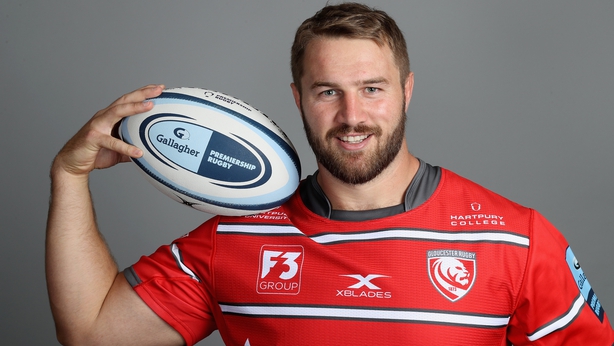 McAllister joined Gloucester from Aurillac in France having previously made 44 appearances for his native Ulster.

He has played for Ireland at Schools, U19 and U20 level and will join up with Andy Friend's side ahead of the 2019/20 season.