Former Ireland international Shane Byrne has condemned the alleged abuse directed at Simon Zebo at the weekend and says there is no place for it in the sport.

Champions Cup organisers have spoken with Ulster Rugby and Racing 92 about Zebo's tweet in which he said he was the subject of unacceptable comments from some fans in the Kingspan Stadium crowd during Ulster’s 26-22 Heineken Champions Cup win.

The former Munster man tweeted after the game: "I hope my ears deceived me with some comments directed my way from the crowd. #NotOn Django wins in the end."

The Irish province said they will investigate any complaints received, and former Irish and Leinster hooker Byrne has said everyone in the game is "ashamed" of the incident.

A tough place to play but great effort from the boys,2 important points on the road 💪🏾
Also I hope my ears deceived me with some comments directed my way from the crowd #NotOn
Django wins in the end ✌🏾 pic.twitter.com/GAqrQ8W6HQ

"It’s a ridiculous situation," he told RTÉ Radio 1’s Morning Ireland programme. "Here we are after a fantastic weekend of rugby and this is what is grabbing the headlines.

"We don’t want that in our game. We are all absolutely ashamed by it if it has happened. Simon, knowing the man that he is, wouldn’t be saying it if it hadn’t happened.

"There is absolutely no excuse. I hope the alleged abuser gets chastised for what they did, is singled out and banned.

"People like that are not needed in our sport." 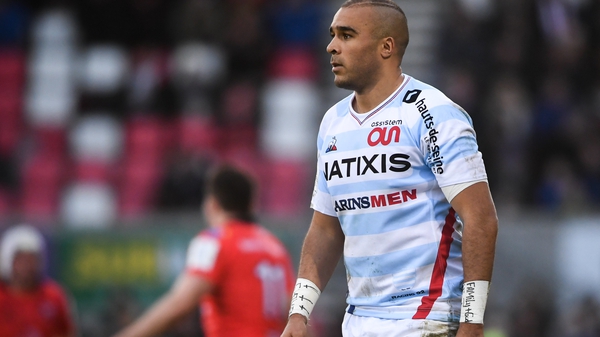