It’s neck and neck in Pool One and with two points separating Toulouse and Leinster, with Saturday’s clash at the RDS likely go a long way to deciding the fate of both teams in Europe's Heineken Champions Cup.

A rejuvenated Toulouse, with four wins from four and unbeaten in their last 12 outings in all competition, will pose a serious threat in Saturday’s encounter.

Not that the reigning champions need any reminding.

Leo Cullen’s side tasted defeat for the first time this campaign at Stade Ernst Wallon, the home team edging a classic 28-27.

A Maxime Medard try and two penalties from full-back Thomas Ramos gave the four-time European champions a dream start before Leinster roared back into the contest, taking the lead early in the second-half.

Toulouse however would have the final say, and number 8 Jack Conan says the manner of defeat gave the champions plenty of food for thought.

"I don’t think we respected the basics enough," he told RTÉ Sport.  "We were over there and threw it around and it played into their hands. We know how good they are with ball in hand.

"They are a better team now than they were back in October and we’re wary of them."

Leinster couldn’t repeat 2017 clean sweep of the interpros during the festive campaign, and perhaps were fortunate to make it two from three this time around. A depleted Ulster were cannon fodder last weekend, while they overhauled Connacht with a try after the clock was in the red.

Sandwiched in between was the unsightly loss at Thomond Park where Leinster suffered two yellow cards and the dismissal of James Lowe.

"It’s been an interesting few weeks with a few ups and downs in the interpros. It’s been a mixed bag. Some young lads have been getting experience and it was a bit of a learning curve down in Munster," said Conan.

"It’s time to take everything that has happened in the past few weeks, learn from it and bring it into this weekend."

"It obviously wasn’t champagne rugby, but we really ground it out and got the results we needed"

The number eight added: "It’s a do-or-die [against Toulouse]. It’s one of those games we really need five points to progress on from and build towards a home quarter-final.

"We started to build with those Bath games. It obviously wasn’t champagne rugby, but we really ground it out and got the results we needed."

Follow Gloucester v Munster on Friday (KO 7.45pm) via the live blog on RTÉ.ie/Sport and the News Now App, or listen live on RTÉ Radio 2fm, with commentary from Michael Corcoran and Donal Lenihan. 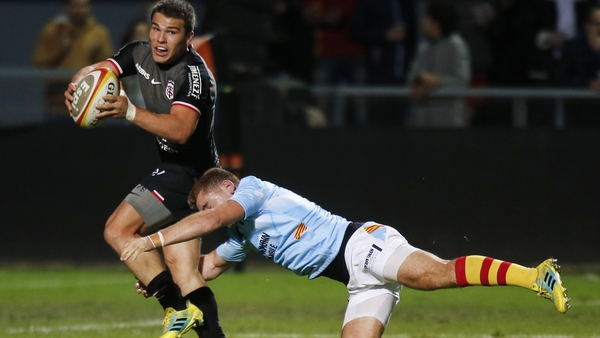