Toulouse have improved since beating Leinster, says senior coach Stuart Lancaster ahead of the sides’ Champions Cup clash on Saturday.

The Top 14 team handed the holders their first European defeat since April 2017 when recording a 28-27 win at Stade Ernest Wallon in October.

Since that game the Ugo Mola and Régis Sonnes coached team have notched up eight wins and a draw, including away victories at Pau, Wasps and Agen. They currently sit in second place in the French table.

"We are very aware of the threats that Toulouse will bring," Lancaster told RTÉ Sport.

"They are an outstanding team and actually have only played better since we played them.

"It was a tight game over there, we lost on the intercept.

"It was a fantastic victory for them but that’s rolled on to even better performances recently, beating Toulon 39-0, drawing away at Clermont.

"We really need the atmosphere that the RDS can generate on those special occasions this weekend.

"It was very small margins in that game, some of it enforced by us, we started poorly we gave them too much of a head start.

"The [home game] doesn’t guarantee anything, we lost a Pro14 semi-final to the Scarlets there [in 2017].

"We need to be on point defensively. But we’re a good team, we know on our day we are very difficult to beat. We need to get the bits and pieces right." 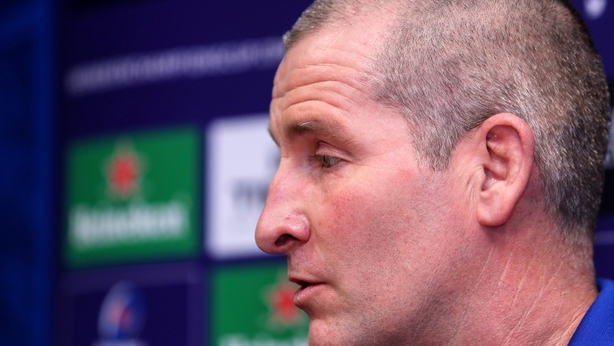 The champions, two points behind the French side in Pool A, may be without Johnny Sexton, who is rated as 50/50 with a lower leg injury.

Devin Toner is also a concern, while the former England boss confirmed that Robbie Henshaw could be in contention if training goes to plan this week.

"It’s huge, whoever wins gets control of the pool," he added.