Bernard Jackman says his next role in rugby wouldn't necessarily have to be in a head coach position and insists he has no regrets over his time in charge of the Dragons.

The Welsh region parted company with the former Leinster and Ireland international in December just halfway through his three-year contract.

Despite making significant structural changes to the club, on the pitch the struggles continued, winning just three of their 10 games in the Guinness Pro14 and only a single victory in the European Challenge Cup.

The 42-year-old says it was always a big ask taking over at Rodney Parade and despite the poor results, has no regrets over his time in Wales.

"It was a rebuild project and it is still in a rebuild phase, but it is in a much better place than when I got it," he told 2fm’s Game On.

"I’m confident the right structures are in place"

"We didn’t get the results quickly enough and as head coach you have to take responsibility for that.

"We looked to keep the best people in the Dragons, which we did and bring in the best coaches, which we did. When players haven’t had access to a quality backroom team ever, it does take time. I’m confident the right structures are in place."

Jackman, who was both a forwards coach and head coach during his six years with French club Grenoble, insists that the Welsh club is in a better place than when he joined. 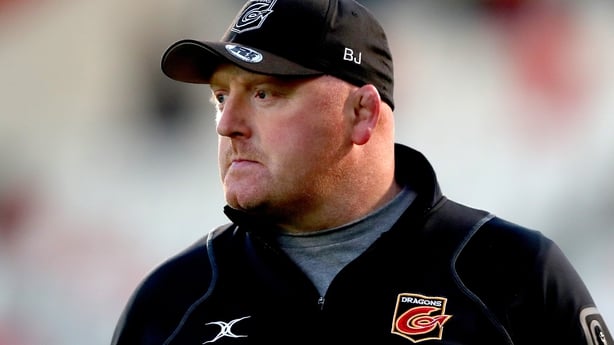 "I like to think I have a growth mindset. If you look back and say, ‘I wish I had more time’, it will affect your ability to learn from the next challenge.

"In any job in rugby, you don’t know how long you will be there. I have no regrets. Obviously there is frustration around the results, but you have to work hard and be patient.

"The big thing for me was I could see development in the players from day-to-day."

The former hooker has continued his role as a rugby analyst with RTÉ and admits while he enjoys that part of the game, would relish another opportunity in the hot seat, either as the main man or part of a backroom team.

"Because I got a head coach role so quickly, I perhaps missed out on the opportunity to have a mentor or a figure to guide me through"

"I’m very young for a head coach but I’ve already amassed great experience in two different countries. We’ll wait and see what happens over the next few months. If a good opportunity comes up, we’ll look at it, and if not well I’ll go down a different route.

"I would like to get another crack at it. I’m definitely a better coach now than I was last year.

"Because I got a head coach role so quickly, I perhaps missed out on the opportunity to have a mentor or a figure to guide me through.

"I see Mike Prendergast and Paul O’Connell working with Stade Francais under Heyneke Meyer for example, the lads [Jerry Flannery and Felix Jones] that got to work with Rassie [Erasmus] at Munster .

"As an assistant coach, you just worry about a certain area of the game. That’s what I started off doing in Grenoble. If it was the right club, and there was the opportunity to be an assistant to a good head coach, we’d definitely look at it." 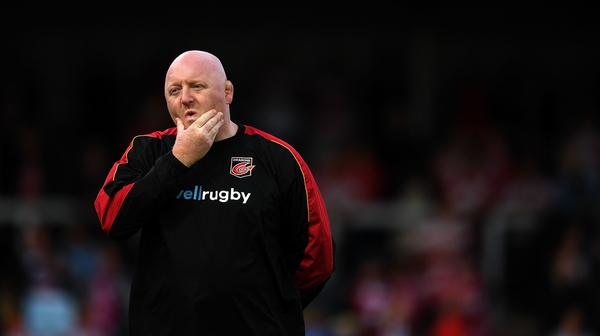