After Munster's defeat of Leinster number eight CJ Stander revealed that his Ireland friendships are parked for derby games.

Munster earned a convincing victory over rivals Leinster at Thomond Park but it wasn't without incident.

Leinster played most of the game with 14-men as James Lowe saw red and they also had to do without Cian Healy and Tadhg Furlong early in the first-half as they were both sin-binned.

"We are all friends when it comes to the Irish team but when we go out on the pitch Munster and Leinster emotions are quite high," Stander told RTÉ Sport.

"These are the derbies and emotions are high in these games"

"It was physical; a few scraps here and there, just people seeing what they could do in the first few minutes. When people got tired that tapered out and the referee handled it well.

"These are the derbies and emotions are high in these games. I think a few decisions went our way where it didn’t go our way earlier in the season so I think everyone played well on both sides and we came out on top. 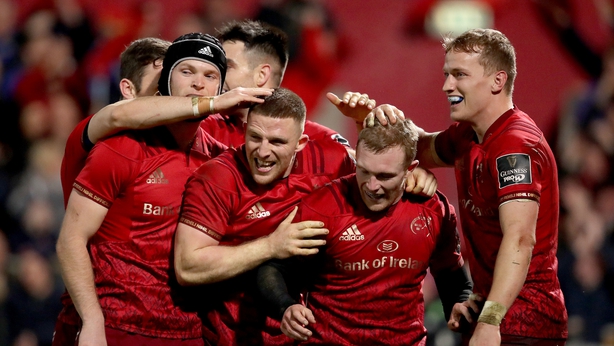 "On our side we were a bit disappointed with a few discipline errors we were off side, everyone was on edge, on their side and our side, we said that is where the game is going to be on the gain line."

Munster’s tries came from Chris Cloete and Keith Earls while Joey Carbery kicked 14-points. With the win the home side moved to second in Conference A.

"We know there will be tough games coming up in the next few weeks and we have to win these games to make sure we reach the quarters."