Leinster's bonus-point dismissal of Bath saw them keep pace with Champions Cup Pool One leaders Toulouse after they claimed a 42-15 win at the Aviva Stadium.

Toulouse are still two points clear but the defending champions will have a chance to pass them when they meet in a crunch 12 January clash at the RDS.

Bath's resistance was broken by half-time, Adam Byrne bagging the bonus point at 28-10 to add to earlier tries from Jack Conan, Rory O'Loughlin and James Lowe.

Sam Underhill joined Francois Louw in crossing the whitewash, but the Bath back row duo were unable to influence the breakdown as they had done at the Rec last week.

The traditional December outing at Irish Rugby HQ continues to spark some of Leinster's best form and they book-ended the second half with tries from Dan Leavy and replacement Jamison Gibson-Park.

Bath boss Todd Blackadder promised the 'full metal jacket' in this return fixture and James Wilson's second-minute penalty - punishing Byrne for getting isolated at the breakdown - got them off the mark.

However, the first cracks appeared when Jamie Roberts' poor tackle was shrugged off by number eight Conan who powered over for his try, wide on the left.

Leinster were 14-3 ahead by the 13th minute, a trademark Johnny Sexton loop move providing the platform to spring Jordan Larmour through and he passed for centre O'Loughlin to go over unopposed. 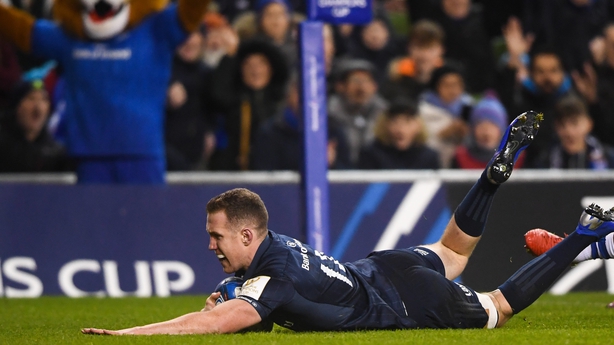 Sexton landed both conversions but Bath entered the second quarter just four points down, Wilson's neat break doing the initial damage before Louw crashed over from close range for a seven-pointer.

The bonus point came into view with Byrne threatening from a Sexton grubber and the same two players combined for the eventual try, two minutes from the break. 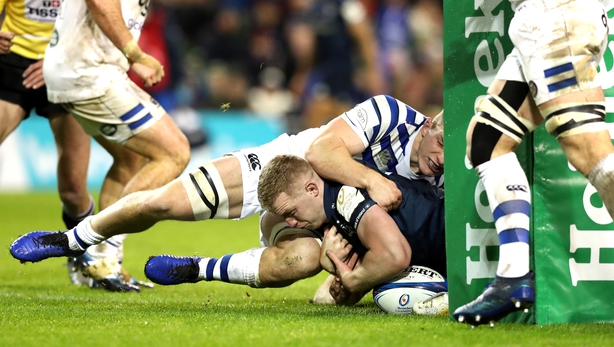 Sexton hung up a beautiful cross-field kick which the athletic winger won above Darren Atkins to run in from the left corner.

James Ryan, the man-of-the-match from the round three game, made a big carry in advance of his forward colleague Leavy's try four minutes after the restart.

Sexton landed his fifth successful conversion of the night for a 35-10 advantage, but Underhill led Bath's swift response, showing impressive strength to get past two defenders and register his first European try.

Wilson was unable to convert from 39 metres out, and although Bath dug their heels in to deny the Leinster forwards from a subsequent penalty kicked to the corner, fresh legs from the bench kept the Irish province on the front foot.

Twelve minutes from time, good work from Andrew Porter and Lowe sent Gibson-Park over from the 22-metre line.

Fellow replacement Ross Byrne swerved the conversion over in the difficult wind. 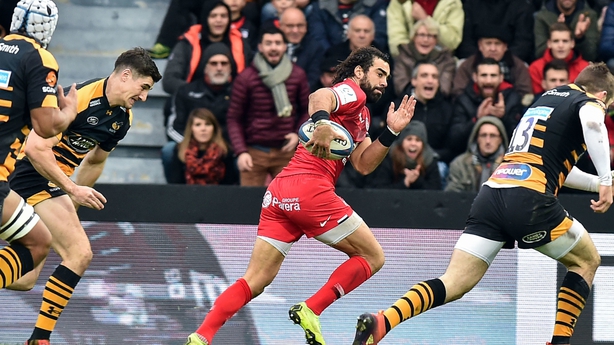 Earlier, Toulouse moved a step closer to the quarter-finals with a 42-27 bonus point victory over Wasps at the Stade Ernest-Wallon.

The four-time European champions retained top spot in the pool with Wasps mathematically out of the equation.

Tries from Yoann Huget, Joe Tekori, Romain Ntamack and two from Antoine Dupont plus 17 points from the boot of Thomas Ramos were enough to secure the win.