Five-try Connacht kept alive their push towards the knockout stages of the Challenge Cup with winning bonus point away to Perpignan.

A fifth win in a row for Andy Friend's side keeps Connacht very much alive as they move to 13 points in Pool 3, two behind leaders Sale Sharks, who host Bordeaux Begles tomorrow.

Paddy Jackson faced Irish opposition for the first time since his move to France, but it was another night to forget for the out-half and Top 14 strugglers, who were effectively out of contention coming into the contest at Stade Aime Giral.

They began brightly however and drew first blood in the Pool 3 clash. Julien Farnoux claimed the first of eight tries on the night when Perpignan took advantage of numbers out wide.

Jackson slotted over a penalty right in front of the posts five minutes later and it appeared that the visitors were in for long night.

That was hovered the end of the first-half scoring for the hosts as Connacht showed a clinical edge in attack. First Sean O’Brien was nestled among the forwards in a rolling maul which rumbled over the line midway through the half.

Six minutes later and the visitors reverted to the same tactic, this time Dave Heffernan the beneficiary.

The sin-binning of Tima Faingaanuku didn’t help Perpignan’s cause, but worse was to follow five minutes short of the interval. Robin Copeland made a surging run upfield and off-loaded to O’Brien for his second of the night. 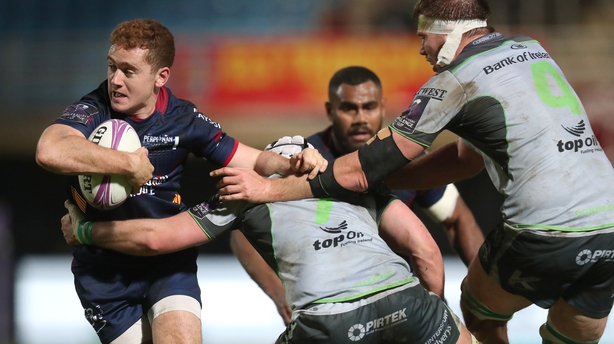 Despite their bottom standing in the pool, Perpignan came out full of intent for the second half, claiming two tries in the opening six minutes.

First Manu Leiataua went over with a move straight from the restart. Then Faingaanuku went some way to atoning for his yellow card when he touched down in the corner, though both conversion attempts were off-target.

They were dealt a setback when centre Adrea Cocagi was shown a red card for a dangerous tackle on Matt Healy, but a 60th minute penalty from Tom Ecohard made it a one-point game at Stade Aime Giral. 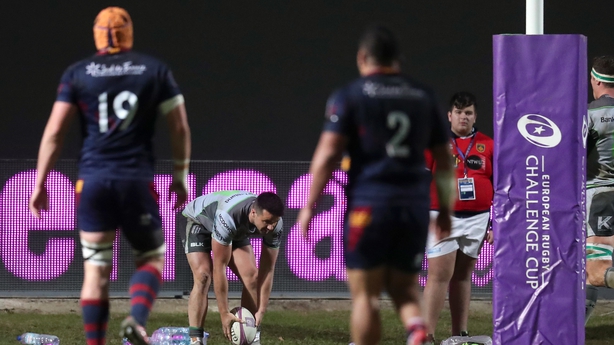 Connacht however were not to be denied and two tries in three minutes sealed the away win. A brilliant break from Healy in the 68th minute saw the winger race in under the posts to extend their lead.

Scrum-half Cian Kelleher (above) then finished off another flowing move as Jack Carty knocked over the simple conversions on a satisfying night for the Irish province. 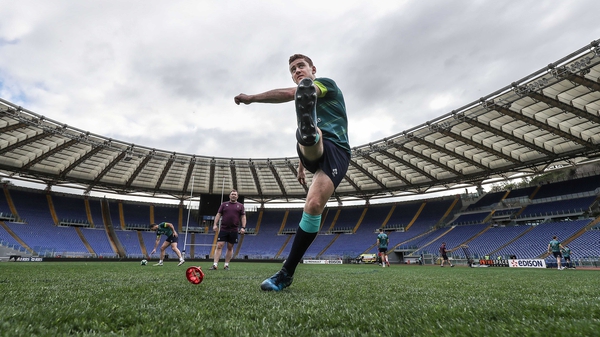