Former Munster player James Coughlan says Castres will be a different proposition this weekend in the Heineken Champions Cup as Johann van Graan’s side eye victory in France.

The two-time champions lead the way in Pool 2 and will look for back-to-back victories over the Top 14 side for Saturday’s clash at Stade Pierre-Fabre.

Second-half tries from Rory Scannell, CJ Stander and man-of-the-match JJ Hanrahan sealed a comfortable 30-5 win at Thomond Park in what was a largely scrappy encounter.

The visitors offered very little in attack, but managed to deny Munster a bonus point.

Coughlan, who spent three seasons with Pau after eight years with Munster, says an away win will still be a tall order.

"Castres don’t lose many matches at home and will be extremely competitive. It’s a serious task ahead of Munster," he told 2fm’s Game On.

"It’s always a difficult task to go to Castres. The dressing rooms are small, the crowd is in on top of you, it’s a smaller stadium than Thomond, they will be jeering at the referee. 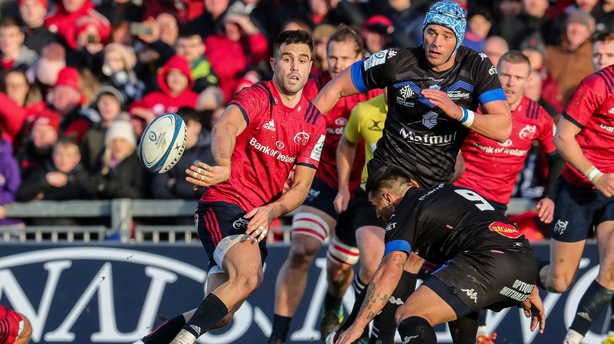 "It is pretty much in the middle of nowhere so you are looking at a couple of hours on the bus after the flight."

The Top 14 champions may lack some of the star name quality of other French clubs, but have proven their pedigree in the domestic dog-fight.

Coughlan admits the first half at Thomond Park was a "hard watch". Two of Castres’ backline had to wait beyond the hour mark to get their hands on the ball for the first time such was the forward-oriented game plan, but doesn’t expect a radically different approach.

The 37-year-old can see personnel changes in the front and second rows, as well as scrum-half, but the primitive approach is likely to be once again adopted.

"I wouldn’t be surprised if they played very similarly again. They play with a lot of intelligence. They kick in behind you when you turn over the ball and look for space in the backfield.

"They will look to capitalise at set-piece, it is what their game is based around. If Munster make as many mistakes as they did in the first half they will be under massive pressure."

Follow Ulster v Scarlets on Friday (KO 7.45pm) via the live blog on RTÉ.ie/Sport and the News Now App, or listen live on RTÉ Radio 1 Extra, with commentary from Michael Corcoran and Paddy Wallace 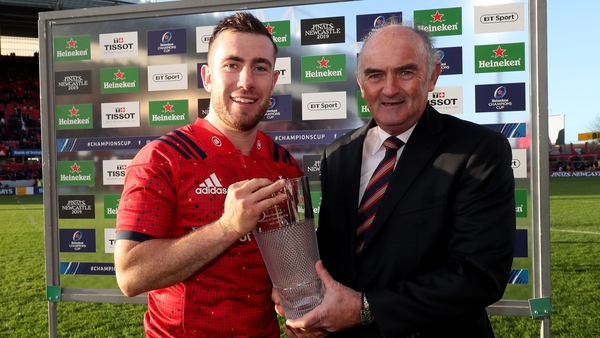 Hanrahan: We knew Castres would mean an arm wrestle