Keith Earls does not want to be pushing sprouts around his plate in two and half weeks' time wondering what might have been.

Munster welcome Castres to Thomond Park this Sunday for the first installment of a Heineken Champions Cup double-header.

The province top Pool 2 after a couple of games thanks to a win, against Gloucester, and a draw, at Exeter Chiefs.

But Earls is on edge ahead of the visit of the Top 14 champions, and knows full well the value of a healthy festive return.

"These next two weeks, you'll sit down at the Christmas dinner table and you'll know where you are in Europe, whether it's a good place or a bad place," he told RTÉ Sport's Michael Corcoran.

"There's massive pressure on us this week because we're at home first, in front of our own supporters against the Top 14 champions.

"I remember myself watching Munster at Thomond Park play Castres [as a fan]. We've played them quite a few times and know each other inside out probably at this stage. It's small little margins. Whichever team takes them wins the game.

"They seem to be quite similar to ourselves, all about the community and about where they are. There's no real superstars. They have a massive work rate, are a physical side and they play with high pressure and have a great kicking game.

"They're probably not your typical French side who don't travel as well. They'll travel well. They are a proud, passionate club." 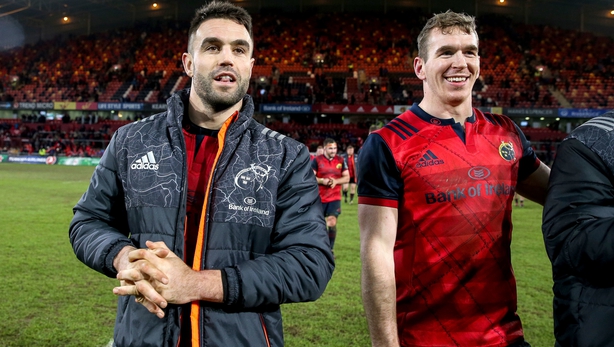 Munster come into this one off the back of a 44-14 defeat of Edinburgh at Irish Independent Park. Earls claimed an eight-minute hat-trick while Conor Murray and Chris Farrell got first starts of the season under their belts.

The vibes are positive but Earls - a 20-year-old unused replacement when Munster last won the European big one in 2008 - said they've plenty to finetune.

"We started fast. The first 30, 35 minutes we came out of the blocks which was great, but the second half was tough going. There's a lot to work on there. We took the foot off the pedal somewhat,

"The second half was quite disappointing so we'll have a look at ourselves.

"We pride ourselves on how we go in Europe. Europe is special. It's the nights and days we relish in Thomond Park."

Follow Munster v Castres via our liveblog on RTÉ.ie/sport and the News Now app or listen to live commentary with Michael Corcoran and Donal Lenihan on a 2fm Game On special this Sunday (kick-off 1pm)