Leinster’s young guns have given head coach Leo Cullen a major selection headache following Saturday’s scintillating demolition of an experienced Dragons side away at Rodney Parade.

The Dublin-based side romped to a 59-10 Guinness PRO14 victory, scoring nine tries en route to their ninth win in ten games.

And what was primarily a second-string Leinster squad showed how much strength in depth that Cullen’s side have as they made the Dragons, who contained seven of the current Wales squad, look incredibly ordinary.

Cullen admitted afterwards that he was delighted with how the latest block of games have gone, where his young side have secured four victories, and he admitted that he would now have some real selection dilemmas ahead of the upcoming Champions Cup clashes against Bath.

"It was a good day’s work for the guys," said Cullen. "I thought we controlled the game well from the start in terms of set piece, I thought the scrum was good and how we managed to drive the line-out.

"Conor O’Brien gave the team really good go-forward in the middle of the field and then Ross Byrne was able to play, and I thought he controlled the game well, played us in the right areas of the field and put in a couple of good kicks for Dave Kearney’s tries.

"So overall we are delighted, and with the young guys off the bench, it was doubly pleasing."

Cullen’s side now lead Conference B by some distance with the victory over Dragons opening up a 15-point lead at the top of the table.

And while the former captain emphasised that he is just focusing on what his own team can produce, Cullen also revealed that he was confident that his side would be able to manage the group throughout the remainder of the campaign.

"We just try to focus on ourselves. It sets us up well in the league and we should be able to manage the group well through the course of the campaign," said the head coach.

Cullen believes that the squad’s recent trip to South Africa has really helped the younger players and those on the fringes to understand how the group works and showed them what his side are trying to achieve.

"This group has worked incredibly hard during the course of this block," explained Cullen.

"The trip to South Africa was really good for this group, where we went away and spent a lot of time with this group. And we brought some of the young guys that didn’t actually play in the game.

"But that time away, just trying to understand what we do as a group… It has been very, very pleasing to get four wins from this block."

Leinster will now break from PRO14 rugby until their home encounter against Connacht on 22 December, as their attention turns to the upcoming back-to-back European fixtures with Pool 1 rivals Bath, starting with a tricky away trip to the daunting Recreational Ground next Saturday.

"There is a slightly different focus next week with Bath," said Cullen. "So there will be some interesting selection discussions.

"There will be some tough decisions to be made, and that is probably what we wanted, as a group, we want to be nice and competitive and we want the young guys to challenge the more established guard." 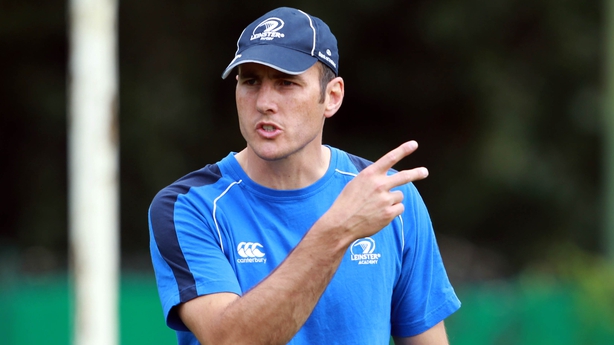 And Cullen comes up against former team-mate Girvin Dempsey, who also spent time working in a coaching capacity at Leinster with the academy and then alongside Cullen as the backs coach, and is now the attack coach at the English club.

"Bath have so much quality in their squad, they have a lot of depth and a lot of very experienced players.

"The Rec is a tough place to go and the conditions effects the way the game gets played. Bath are very strong on set-piece and they have a very big and heavy forward pack and this time of year they will be a handful.

"They have a coach there that knows us very well in Girvin Dempsey so that is always dangerous.

"He is so meticulous in his preparations and he has been amazing in terms of the development of some of the young guys here, the work that he has put in with the academy through to the senior team.

"We have definitely noticed some familiar traits in the way they are playing, and like I say, Girvin knows us very, very well."

Leinster will then welcome Bath back to Dublin the following weekend where the match will take place amidst the throes of the festive period at the Aviva Stadium on 15 December.

And Cullen admits that his side always look forward to playing at the home of the international side at this time of year where the atmosphere always suits the season.

"We’ll have a big crowd back in the Aviva,  those occasions are very special for us as a club.

"Hopefully we’ll have some Christmas parties in tow that day."