Eddie Jones has defended Owen Farrell's tackle technique as the spotlight once again fell on England's co-captain in a conclusive victory over Australia.

The Wallabies were overrun 37-18 in the climax to the Quilter Internationals at Twickenham on Saturday with the no-arms challenge by Farrell on lock Izack Rodda provoking a furious response from Michael Cheika.

Australia's head coach declared the decision by referee Jaco Peyper not to consult the TMO as "ludicrous" and Clive Woodward insisted a penalty try should have been awarded.

Farrell escaped punishment for a similar shoulder-led tackle in stoppage time of the 12-11 victory over South Africa that opened the autumn series, but Jones is satisfied with his out-half's approach.

"The referee said it was good. When he says it's not good, we'll have a chat about it," Jones said.

"When you hit people hard, you place yourself at risk. And he hits people hard. I like people being hit hard.

"There's a judgement area all the time. Obviously we want to be within the laws. Owen doesn't try to tackle outside of the laws so he'll keep on working on that."

Even had a penalty try been given and Farrell received a yellow or red card, a sixth successive victory over Australia was virtually assured due to England's dominance of the Cook Cup showdown. 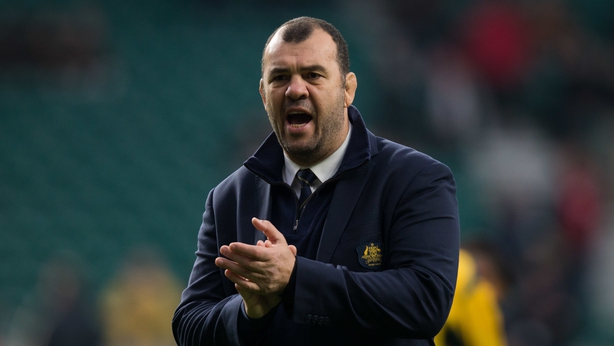 Jonny May, Elliot Daly, Joe Cokanasiga and Farrell ran in tries to complete a successive autumn scarred only by a narrow defeat to New Zealand.

England were depleted by injury yet still posted wins against South Africa, Japan and the Wallabies, in the process uncovering a new star in giant 21-year-old wing Cokanasiga and confirming the rise of marauding prop Kyle Sinckler.

Cokanasiga almost plundered a second but was stopped short of the line following a run that evoked memories of Jonah Lomu, but Jones is wary of drawing comparison with the All Blacks great after just two caps.

"We took a punt on Joe to come through and he has done exceptionally well. The big thing now is how hard he works on his game.

"He's got to go back to his club Bath and work hard. He has to be absolutely brilliant at the basics.

"If he does that, he's got a chance to see his career flourishing, but like every young player you need guidance."

England's next assignment is against Six Nations champions Ireland in Dublin on 2 February, with revenge foremost in the mind after Joe Schmidt's side sealed the Grand Slam at Twickenham last season.

"We owe them one. I'm not worried about winning the Six Nations, I'm worried about Ireland. We play them first up so it's the most important game we've got coming up," Jones said.