Johnny Sexton is the overwhelming favourite to become just the fifth northern hemisphere star crowned World Player of the Year on Sunday.

Ireland's assistant coach Richie Murphy hailed the 33-year-old's world player candidacy as "very fitting" earlier this week, and a compelling body of work ought to tip the balance in his favour.

Asked to assess Sexton's chances, Ireland skills coach Murphy replied: "I think it's very fitting; I've known him since he was in the Leinster academy and he's always been a very driven player, massively talented and (with an) an unbelievable head for the game.

"That's where he stands out for me above a lot of the other players who are out there, his ability to see things on the pitch and pick the right options." 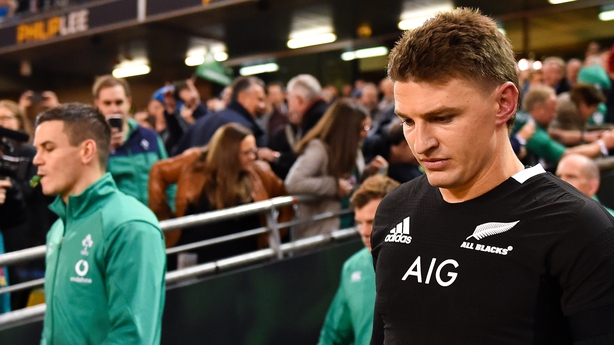 Richie McCaw is the only other man to claim the award twice in a row, leaving Barrett eyeing an unprecedented hat-trick this weekend.

Sexton is however expected to join European winners Thierry Dusautoir, Shane Williams, Jonny Wilkinson and Keith Wood, given his stunning 12 months, that backed up helping the British and Irish Lions secure a drawn series in New Zealand in 2017.

A win for Sexton would break New Zealand's sequence of claiming the top individual accolade for the last six years, with the All Blacks having now topped the world rankings for nine years. 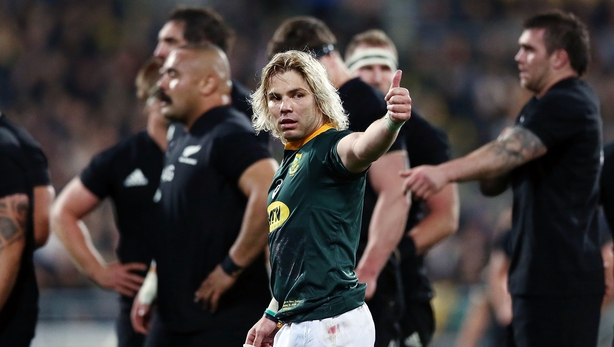 The French dominate the shortlist, with captain Gaelle Hermet, lock Safi N'Diaye and full-back Jessy Tremouliere all also in the running.

New Zealand's 38-year-old hooker Fiao'o Faamausili completes the nominees, who came out of retirement to lead the Black Ferns to back-to-back victories over Australia in August.

Ireland will be at the forefront of thoughts for team of the year, while boss Joe Schmidt could comfortably scoop coach of the year.

World Rugby will also name the Men's and Women's Sevens players of the year and select their try of the year.

The International Rugby Players will select a special merit winner, with the referee award, spirit of rugby award, award for character and the Vernon Pugh Award for distinguished service all also chosen.

Watch the World Rugby awards on RTÉ.ie and the News Now app from 7.30pm Sunday or follow via our live blog.