Since making an impressive debut away to England in the 2016 Six Nations, the Ulster centre has won just a solitary cap, that coming against Fiji last November.

Between last Saturday’s star men – Bundee Aki and Garry Ringrose – centres Robbie Henshaw and Chris Farrell, plus utility backs Jordan Larmour, Keith Earls and Will Addison, there’s quite a few names to skip in the queue. 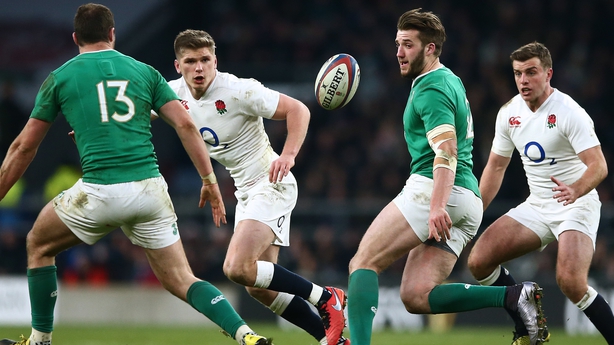 "Obviously I’m a bit down the pecking order at the minute," says the 26-year-old ahead of Ireland's final November Test against the USA on Saturday (6.30pm).

"And the guys ahead of me are going really well so it’s going to take a lot for me to push them out of the way, hopefully I’m there if someone gets injured.

"It is frustrating but I don’t think I’d be normal if I wasn’t frustrated. All I can do is put my best foot forward when I do get a chance and hopefully that Joe will see that."

Conceding that he’s "not really versatile, I just play 12" whereas most of the others can slot in across the backline, McCloskey knows he has to come up with something different. 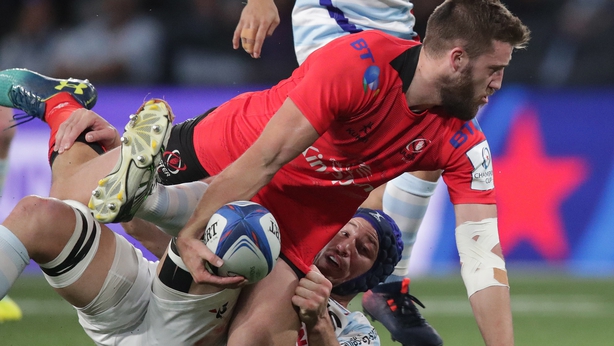 And a noticeable aspect of Ulster’s game this season is the offload attempts, something that McCloskey admits has been encouraged by new coach Dan McFarland.

"He maybe mentioned it pre-season a bit," says the County Down back.

"He’s just happy for you to play your own game, he’s happy for me and Jacob [Stockdale] to attempt it.

"If we get over [the line] and it’s a good carry, the offload is usually there. If you’re getting smashed in contact there is no point when you’re going backwards.

However, Schmidt’s game plan is based on retaining possession and staying patient; you rarely see an Irish player attempting a risky offload.

Ireland, during the Six Nations plus the first of the Australia Tests, averaged six per game.

New Zealand, the world's number one ranked side and back-to-back World Cup winners, averaged 10 offloads per game during their six games in the Rugby Championship. 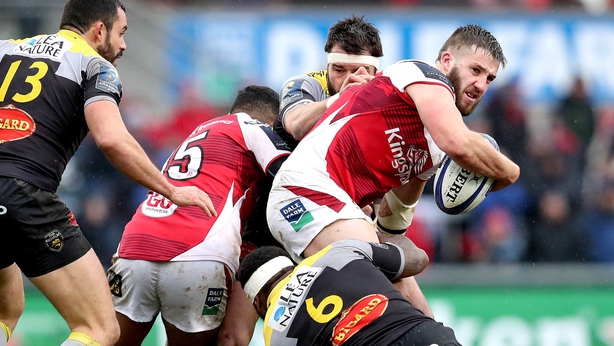 The perception is that the message coming from up high in the Ireland camp is 'go for it, if it’s nailed on, otherwise, forget about it'.

"I don’t think there was ever [an offload] ban [with Ireland]," adds McCloskey.

"I just think Joe is high on ball-security, it’s knowing when to offload and not to do silly ones.

"It’s something I’ve taken into my game, it often is a part of my game but I don’t do silly ones now as I did when I was younger."

Schmidt will make a number of changes when he names his team on Thursday but despite fielding a new-look side, McCloskey says the aim is to maintain the momentum that the side have build over the three November wins.

"We have to bring the same sort of performance as what it was against Argentina and New Zealand, we can’t let it drop from last week," he said.

"It’s hard to get the combinations right, we’ve been training together for three or four weeks, sort of the second string team. You have to make do."

Courtney looking to lay down the Lawes at Twickenham