Rory Best won't lose any sleep about Ireland's forced late change for tomorrow's humdinger against the All Blacks.

Flanker Dan Leavy was ruled out on Friday, leaving the door open for Josh van der Flier to get an unexpected start. Twenty-four hours out from taking on the world's best team, it was not ideal. But Best has absolute faith in Van der Flier to slot in with the minimum of fuss.

"You trust that the boys have prepared," he told RTÉ Sport's Damien O'Meara.

"When you've someone as diligent as Josh, you know he's going to be ready. He's going to have his homework done regardless of which back-row potentially had to step out.

"It's moments like this that really prove the point that it is a squad game. It's happened us a few times now that the 15 doesn't always take the field to start the game.

"The call has been made early on Dan. It is a big game but in the context of a long season, there's still a lot of rugby to be played, a lot of big games coming down the line.

"You don't want to be reckless with somebody. That's a sensible call. It's just part of professional rugby." 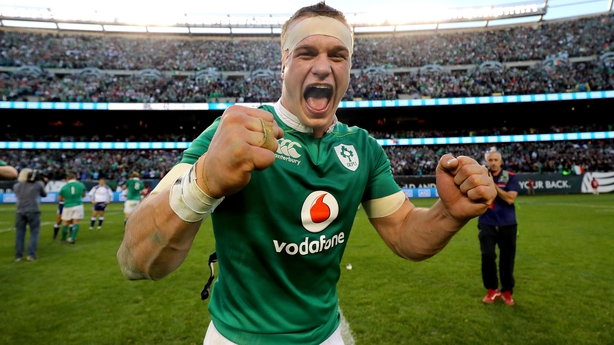 After the famous 2016 win in Chicago, and subsequent defeat in Dublin, this latest clash with New Zealand can be seen as the final part of an absorbing trilogy. Tied at one win apiece, all eyes will be on the Aviva tomorrow for what promises to be a belter.

"If you get too caught up in ifs buts and maybes you can forget about what you can control.

"We actually played pretty well [in the defeat at Lansdowne Road two years ago] but they gave us a lesson on how to win tight games.

"In Chicago we got off to a great start and we built on our lead. In 2016 we couldn't quite do that. It became a bit of an arm wrestle and they gave us a lesson on how to win arm wrestles. We're always learning. We feel we/re a better side now than in 2016. This will be a real test as to where we're at."