Ireland head coach Joe Schmidt hopes his side meet the New Zealand's physicality head-on this weekend in what he expects to be a spiky affair at the Aviva Stadium.

The dust had barely settled on Ireland's historic win over the All Blacks in Chicago in 2016 when the world champions exacted revenge in a bruising 21-9 victory in Dublin.

Malakai Fekitoa was sin-binned in the 48th minute for a high tackle on Simon Zebo while Robbie Henshaw and CJ Stander both left the field concussed.

Many were critical of the visitors' approach and the lack of action taken by the authorities subsequently, and Schmidt told RTÉ Sport that it is clear that the line was over-stepped the last time the two sides met.

"I think people can make their own minds up about those [incidents]," he said. "I know the feedback we got was that there were some unnecessary... there were decisions made by the referee that day that befuddled everybody.

"I don't think there is any confusion with that. At the same time, we have got to get out there and give as good as we get.

"That's what is going to make it a fairly spiky sort of contest this weekend I think." 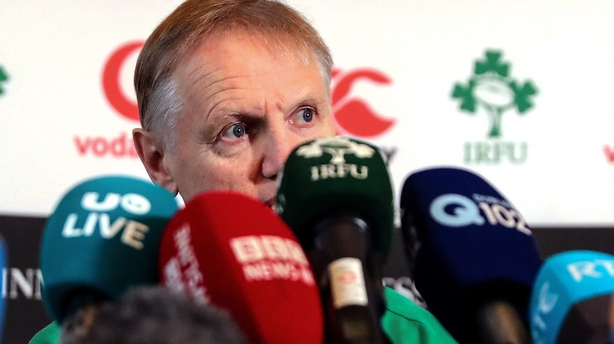 As well as spiky on the pitch, New Zealand assistant coach Ian Foster began the mind games earlier this week with comments regarding Bundee Aki's career since departing New Zealand.

"He had a few years in the Chiefs, played really, really well. But he's been over here a while now. I mean you have moulded him into an Irishman. He looks like an Irishman now doesn't he?"

Schmidt however insisted that it will have little effect on the powerful Connacht centre and pointed out the All Blacks are themselves no strangers to selecting players not born on their shores to represent the country.

"He made his debut against South Africa last year and I think he won Personality of the Year. That's the nature of Bundee and his popularity," he said.

"Everybody knows he will give absolutely 100%.

Schmidt admitted there were some "tough decisions" regarding team selection with Dan Leavy, Devin Toner, Garry Ringrose and Rob Kearney all coming into the starting XV. 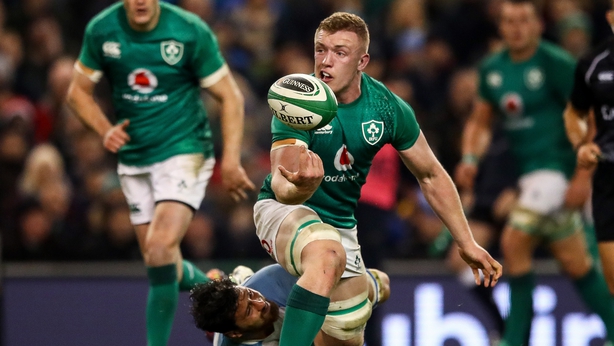 Leavy didn't train today as a precautionary measure, but after coming through Monday and Tuesday, Schmidt is confident the Leinster flanker will slot in seamlessly in place of the stricken Sean O'Brien.

The Kiwi is acutely aware that he needs his 23-man squad firing on all cylinders to make it 11 wins on the bounce on home turf and inflict New Zealand's first defeat on European soil in six years.

"It's always an achievement to beat the All Blacks, that's why we limit ourselves to just once every 115 years because we don't want to get carried away," Schmidt joked when asked how a win over the top side in the world would rank.

"When they first turned up in 1905, they were incredibly tough to knock over and I don't think they have changed too much. The depth of their experience, the number of centurions they have got, or guys with 70 or 80 caps, it is formidable.

"Then if we have a chance, you'd love to see it go down to the wire and us to get our noses in front."