Johnny Sexton is a man who "likes to get what he wants" according to New Zealand head coach Steve Hansen, who showered the out-half with praise ahead of Saturday's Aviva Stadium showdown.

The All Blacks are in Dublin for a mouthwatering Autumn Test this weekend with the hosts looking for a repeat of their famous win in Chicago two years ago.

Ireland failed to fully fire in their victory against Argentina last Saturday while New Zealand got out of Twickenham with a hard-earned 16-15 victory that swung on Sam Underhill's try being controversially disallowed.

Hansen paid little heed to Ireland's below-par showing - in the lineout particularly - against the Pumas, and talked up the potential influence of Sexton.

"He's a real competitor isn't he?," he said of the Leinster man.

"He likes to get what he wants, likes to drive the team the way he wants to drive it, or the way Joe wants him to drive it.

"You've got to admire what he's done. He's going to be a key man for them [on Saturday].

"I'd have preferred if they hadn't struggled against Argentina. They've probably put a bit of extra work into it this week. They've got good lineout forwards so I'm sure they'll sort it out." 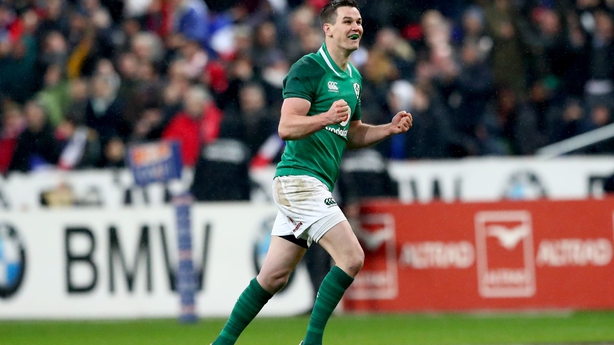 Ryan Crotty replaces the injured Sonny Bill Williams in midfield for the Kiwis but apart from that they have a clean bill of health.

They may have stuttered themselves across the water but Hansen put that down to a few changes they're currently implementing to the game plan.

"It's good that everyone is available bar Sonny," he added. "That's a credit to the medical staff, the players themselves and the conditioning group. It gives us a good opportunity to get a bit of continuity.

"We're not holding too much back at the moment. We're probably introducing new stuff which is making us a bit scrappy. It's a matter of just getting that right really.

"There's small margins between the top five or six teams in the world. While most people might not agree with that, I've been saying it for a couple of years."

Stung by the loss in the States, the All Blacks are braced for an almighty battle at Lansdowne Road.

"What most people don't understand is that every team that we play has the game of their lives because we're the team that they want to beat," Hansen said.

"They get up for it so they're playing 10% better than they normally play from the get-go. If they're a good side and they play 10% better then we've got to improve ourselves. Sometimes it's a real battle.

"You never want to lose a game but once you get over the emotional pain of it, it doesn't do you any harm. You certainly have a look at yourself a bit better."