RTÉ rugby analyst Donal Lenihan believes that Devin Toner has to start for Ireland against New Zealand on Saturday, pointing to his experience and ability in the line-out.

Toner sat out last weekend’s 28-17 victory over Argentina at the Aviva Stadium and his absence was keenly felt until his second-half introduction.

Ireland struggled to make any impact at the line-out and the expectation is that Toner will be drafted back into the team alongside James Ryan to face the All-Blacks.

Lenihan believes that Toner’s experience, along with his ability to manage the line-out, will make the 32-year-old Leinster second row a certainty to start on Saturday.

Speaking on Against the Head, Lenihan said: "Regardless of the fact that the Irish line-out had issues last Saturday, I think he’d still be picked.

"You go back to Chicago when we won there two years ago, I know [Brodie] Retallick and [Sam] Whitelock weren’t there but we dominated them in the line-out, that gave the platform to win the game.

"You’re going to have to challenge them in the air, they will challenge us and as a consequence of that Toner has to come in, for his presence and for his ability to vary and call the right line-outs at the right time." 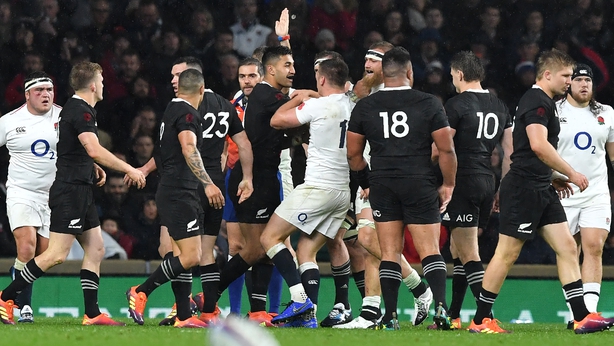 Lenihan expects a big performance from New Zealand following their narrow victory over England at the weekend and while they end their November tour with a clash against Italy, he believes that the game at the Aviva Stadium is the one they’re really targeting.

"We have to play for 80 minutes, we have to at least win the battle for the gain line. That’s where we were beaten, Argentina bruised us out of the game the last day.

"I just have this suspicion that New Zealand, they have Italy as their last game on Tour, they’ll make a load of changes for that.

"It’s the last stand for a lot of their players, I think they’ll want to draw a line in the sand pre the World Cup.

"I think Ireland have the capacity to beat them but everything will have to go right."

Former Ireland head coach Eddie O’Sullivan, also on the Against the Head panel, echoed Lenihan’s sentiments: "I’ve a feeling Ireland might get this done. If we play to the top of our game, we’ve a good shot at turning them over.

"At home, in Dublin, a big occasion, I think we might just sneak it."

However, former Ireland captain Fiona Coghlan was not as confident and when pushed to make a prediction, she said: "I think while we have the capabilities, we have to be at our best.

"New Zealand are going to win it."