Joe Schmidt would be somewhere close to the top of the queue for the All Blacks job should he decide to continue his coaching career in his home country, according to Tana Umaga.

The Ireland boss, who has led the side to the number two spot in the world on the back of his third Six Nations triumph since taking over in 2013, will decide whether or not to extend his contract beyond 2019 at the end of this month.

Before the Kiwi signed his last extension in 2016, the 53-year-old was linked to a coaching role within the New Zealand set-up.

Among the local names also in the mix are former Ireland forwards coach John Plumtree and Crusaders coach Scott Robertson.

"Joe's got a great reputation back in New Zealand for what he's achieved here and over his coaching career," former All Blacks captain Umaga, speaking at a Guinness event, told RTE Sport.

"It's international rugby and playing at the level that the Irish are playing at at the moment, that's no mean feat and something that was greatly respected back home.

"People with bigger minds than mine will have to make those decisions [about getting the New Zealand job].

"Steve Hansen [current all Blacks boss] has to make a decision soon around his future too. You never know, if that's something that Joe wants to do I'm sure they'll make it work.

"It's whoever's got the best CV. You'd have to think that if he does join the queue he'd be up at the top somewhere." 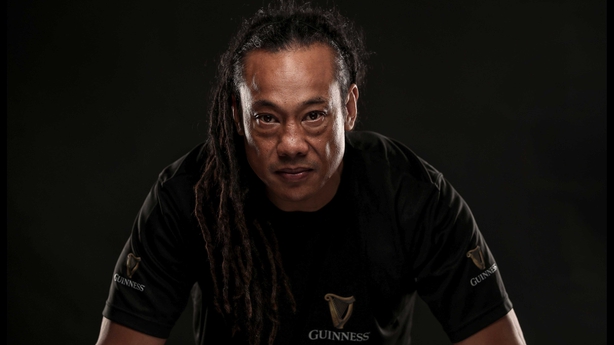 Asked about a game plan to take down his former team-mates, the Blues coach said: "The Irish have already set a template for that [in Chicago, 2016]. A pressure game, controlling the ball.

"New Zealand love playing with the ball so if you can keep it out of their hands for long periods of time, it does frustrate them.

"Then you have to be relentless with the opportunities you get, that's the key. You've go to make sure you make the All Blacks pay."